OK Produce Has a Rich History of Sustainability

In 2002, OK Produce installed the first and largest privately owned solar power system in the Central San Joaquin Valley. Today, its massive Fresno distribution center operates with 94-percent solar power, and the company has positioned itself as a leader in sustainability.

Given that history, it is a bit surprising that the retail-focused wholesaler has only been involved in the organics for about six years. “We were a little late to the game,” admitted Charlie Marusich, director of sales. “Initially we thought it was just a fad.” 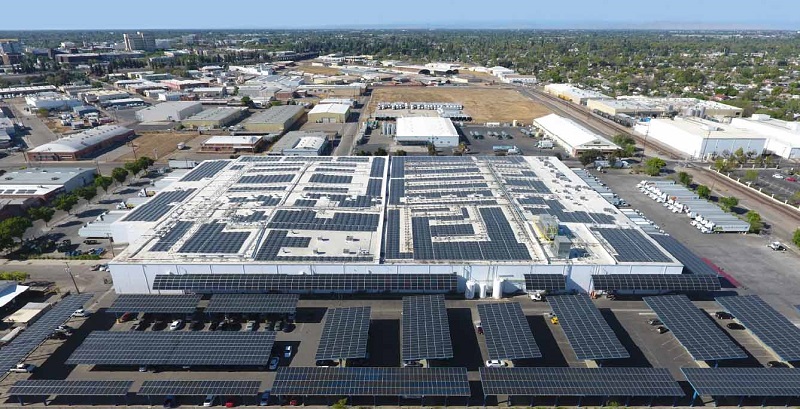 And to be fair, organic produce was often a high-end item, which did not fit with OK’s business model of being a supplier of affordable produce to a diverse group of retailers. Today, the wholesaler services about 1,000 independent retail operations, mostly in California but also in Oregon, Nevada, and Arizona. The company’s biggest customer is Grocery Outlet, a chain of independently owned stores that largely operate in the value sector.

OK Produce, whose company motto is “Produce for the People,” traces its roots back to the early 1900s when the Matoian family immigrated to America from Armenia and eventually settled in the San Joaquin Valley. They originally farmed the land, and Charlie Matoian delivered produce to a list of customers in the 1930s from a flatbed truck. In 1950, Charlie founded OK Produce utilizing a single, small cold box in downtown Fresno to keep his produce fresh. Ten years later, he moved into a larger facility. 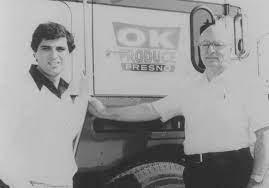 In 1965, at the age of 22, Charlie’s son Matty Matoian officially joined his father in running OK Produce after having worked there every summer since he was 12 years old. In 1979, Matty took over the family business, and seven years later he expanded operations to a new, larger facility, which would serve as home for OK Produce for the next 30 years. By 2000, Matty’s sons, Chad and Brady Matoian, joined the team to lead OK Produce into the 21st century.

In 2008, Matty retired, and Brady and Chad took the reins and adjusted the company’s strategy to focus primarily on full-service partnerships with retailers. The current state-of-the-art distribution center that serves as its headquarters was built in 2015.

As a full-service wholesaler, the company offers direct store delivery up to seven days a week to its customers. OK Produce also serves as the merchandising division for its retail partners, helping them write ads, build displays, and develop a strategy for their produce departments.

In 2008, Matty retired, and Brady and Chad took the reins and adjusted the company’s strategy to focus primarily on full-service partnerships with retailers.

While most of the company's retail partners do focus on value opportunities, Marusich said OK's customers cover every demographic within the retail spectrum, including high-end retailers with very robust organic produce sections. And organics are now an offering in virtually every type of store they service.

“The big change for us was when the price gap between conventional and organic began to narrow,” Marusich said. “We thought we might have missed the boat. We started with the top 30 items and quickly realized we had to up our game. Now we handle 400-500 organic SKUs on a regular basis.”

OK Produce works with many different suppliers, ranging from local operations to very large producers with familiar brands that offer extensive lines of both conventional and organic produce.

“The key for us is consistency and availability,” Marusich said. “We work with year-round suppliers, but it’s okay if you are a smaller supplier that goes in and out as long as you give us high-quality product.”

“We thought we might have missed the boat. We started with the top 30 items and quickly realized we had to up our game. Now we handle 400-500 organic SKUs on a regular basis.” -Charlie Marusich

Not surprisingly, Marusich said the stores carrying the most organic produce items are those in higher-end communities such as Napa Valley and the Bay Area.

He also noted that there are higher-end retailers in most communities that have devoted organic shoppers. And he said even retailers that cater to value customers are carrying organic produce. “Maybe they don’t have as big a set—maybe only four to eight feet—but they are still looking for organic options,” Marusich said.

While OK Produce was not an early adopter of organic produce, the company truly believes in the future of organics. “We see organic sales continuing to increase,” he said. “Before the pandemic, organic produce was mostly sold in bulk, but we saw a trend to packaged product during the last year. Consumers thought of it as a safer product. I do see it going back to bulk a little bit.”

Marusich said organic options will continue to expand in what he calls “the fringe items.” He thinks the penetration in the top 100-200 organic produce items is nearly complete as there are at least several vendor options for all the major SKUs. And he's now seeing more and more suppliers offering organic niche items. 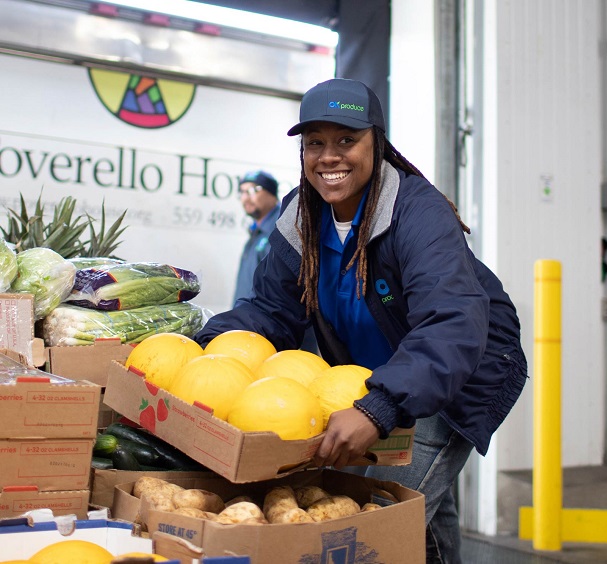 In terms of the price gap between organics and conventional, Marusich said it continues to narrow, which is a great thing for OK Produce as it fits perfectly with the company’s mission statement:

Produce for the People—We believe fresh produce isn’t exclusive, and everyone should have access to the freshest fruits and vegetables. We call this the Fresh Revolution. Not only do we stand behind this belief, but we are literally delivering on it. We offer high-quality produce at affordable prices and have formed valued partnerships with those who have the same passion, values, and quality standards as we do. Produce for the people, at prices for everyone!

General attendee registration for the Organic Grower Summit Presented by Western Growers and Organic Produce Network is now open, with discounted fees available. Featuring a series of in-depth educational sessions and a trade show floor that includes an area specifically designed for agtech companies, the fourth annual OGS will be held December 1-2 in Monterey, CA.

Nestled in the Pacific Northwest, resting in the flatlands of the Skagit River Delta, Bay Baby Produce is a leader in growing organic pumpkins and winter squash. Over the past few decades, Bay Baby Produce has expanded its farming operations from 30 acres to just over 600 acres.

3. Divine Flavor Partners with the American Institute of Cancer Research

OK Produce Has a Rich History of Sustainability