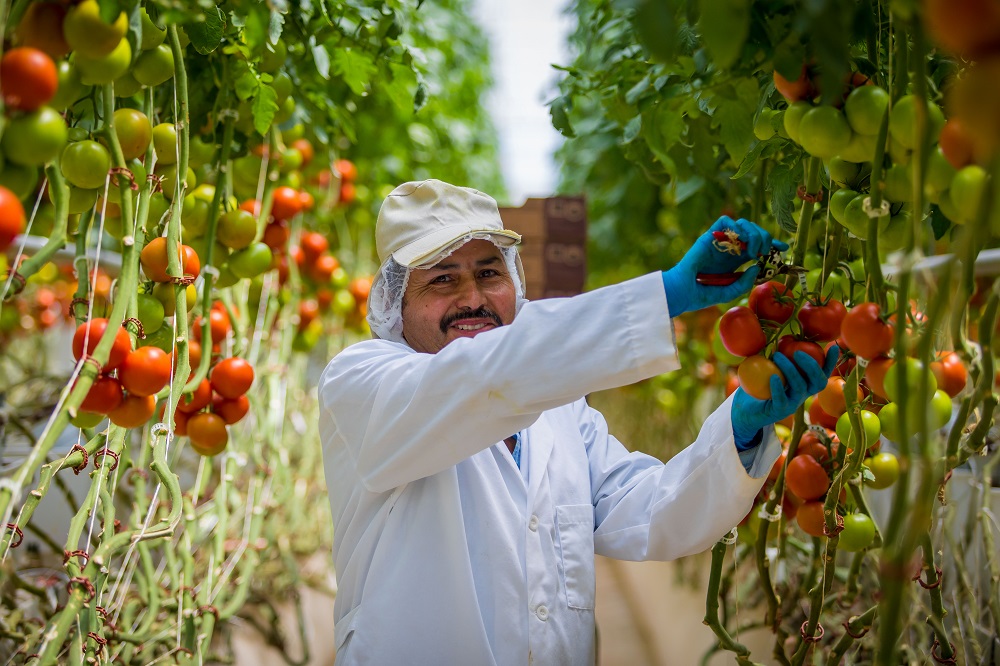 “We have been reporting our efforts in sustainability to the Sustainable Food Trade Association (consolidated now with the OTA) for many years,” says Olga Borquez, Wholesum’s sustainability manager. “But in 2016, we decided to make this data available [in an annual report] to our stakeholders. We identified the key measures we wanted to share and issued our first report for 2016 in 2017. This is a way in which we demonstrate responsibility to our stakeholders and hold ourselves accountable for continuous improvement.”

According to the 2020 report, Wholesum—which grows organic tomatoes, cucumbers, bell peppers, eggplant, squash, brussels sprouts, and artichokes—sold 35,205 tons of organic produce last year. The company has offered certified organic produce since 1992 and has sold exclusively organic produce since 2014. It has farms in three locations—Amado, Arizona; Sinaloa, Mexico; and Sonora, Mexico—and also partners with other organic growers who share similar values. 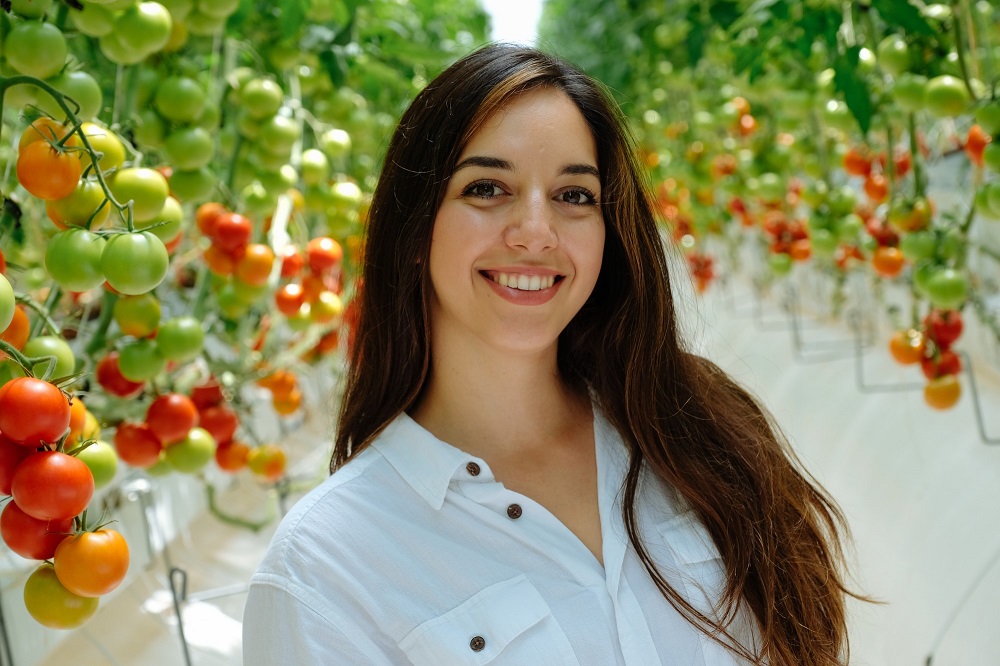 “This [annual report] is a way in which we demonstrate responsibility to our stakeholders and hold ourselves accountable for continuous improvement.” –Olga Borquez

In 2020, Wholesum added 37 acres of greenhouse space to its Sinaloa operation, and the company is currently expanding its greenhouses in Sonora. “These will be state-of-the-art, all-glass greenhouses that allow for efficient use of natural resources,” says Borquez. “We are also expanding our distribution center in Nogales for greater efficiency in our logistics. Part of the plan for this expansion is to add solar energy, increasing our percentage of solar energy use at the distribution center.”

Wholesum’s 2020 Conscientious Company Report notes that last year the company increased its renewable energy use by 7 percent, diverted 120 tons of plastic and cardboard from landfills, planted 536 native trees and flowers, captured and reused 16 million gallons of irrigation water, and donated nearly 1.7 million pounds of organic produce to hunger-relief and other organizations. 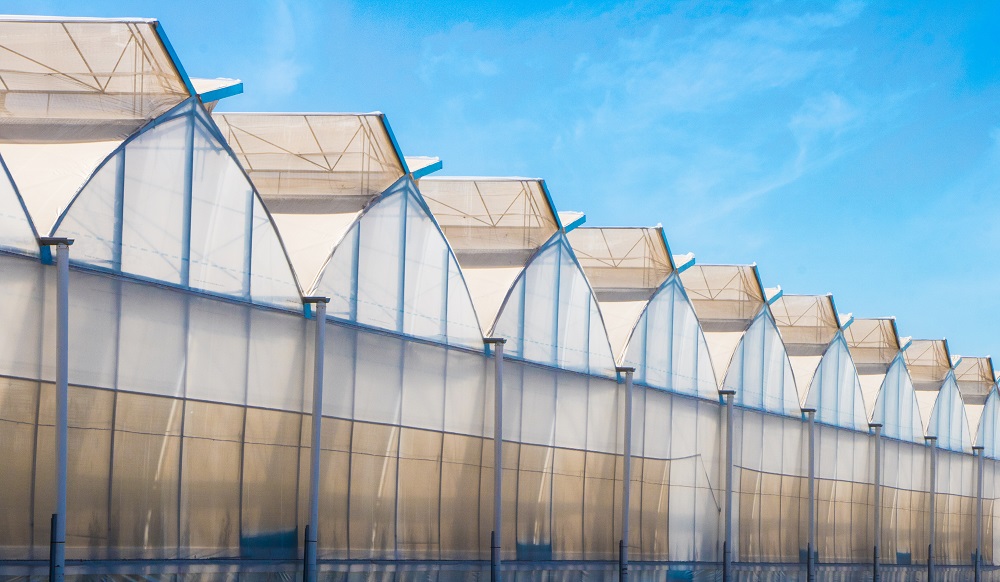 As a Fair Trade Certified company, Wholesum has generated $5.82 million of community development funds since 2013, nearly $1.3 million of which was generated from 2020 sales, according to the report. The funds are used for a wide range of community improvement projects related to nutrition, housing, education, health, and more. 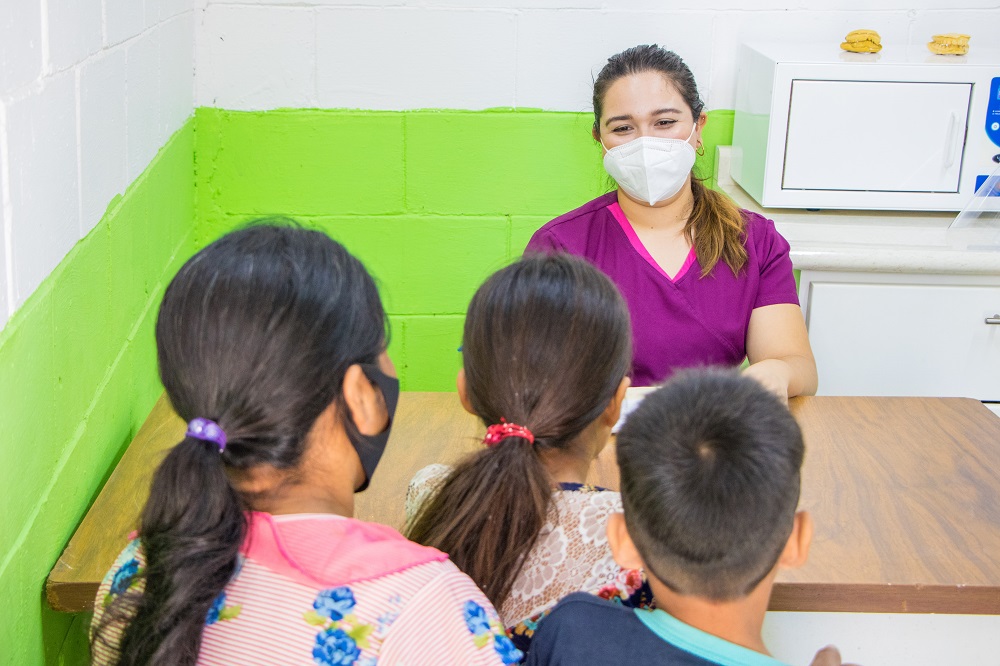 Another way that Wholesum has demonstrated its commitment to sustainability is by participating in the UN Global Compact, which it joined in 2018.

“When it comes to fair trade, we like to pay it forward and also engage our customers at a more personal level by having them participate in volunteer projects that we facilitate.” - Olga Borquez

“The UN Global Compact … aligns companies to universally accepted principles in the areas of human rights, labor, the environment, and anti-corruption,” says Borquez. “Through the Global Compact, we made a commitment to take action towards the UN Sustainable Development Goals, which gives us a global perspective of our progress and efforts.” 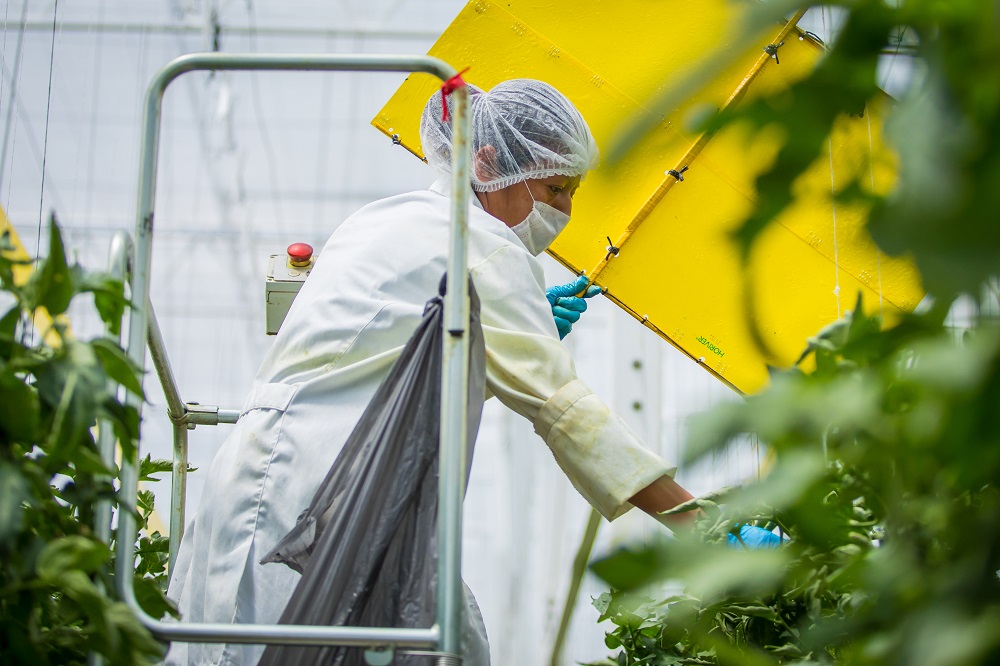 There are 17 UN Sustainable Development Goals (SDGs), and Wholesum chose to start by tackling two. “We decided to narrow our focus so that we could understand and build out a process and then later implement it as we pursue more SDGs,” Borquez explains.

The two SDGs Wholesum is currently focusing on are Gender Equality (SDG 5) and Responsible Production and Consumption (SDG 12).

The company has been collecting data on gender for the last three years, and in 2020, the gender breakdown of Wholesum employees was 59 percent male and 41 percent female. “We have been working with human resources to implement a policy for diversity, equity, and inclusion in the company,” says Borquez. 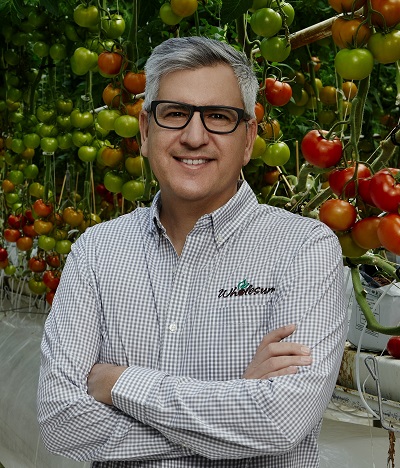 In terms of its work related to SDG 12, Wholesum logged all of its 2020 operational inputs and categorized them as renewable (66 percent) and nonrenewable (34 percent). “Now we can start analyzing the data and use it as a tool for decision-making and prioritizing,” Borquez says. “We have identified a large opportunity in our semi-manufactured goods and also in packaging.”

In February of this year, Wholesum debuted a new line of sustainable packaging for cucumbers, zucchini, yellow squash, bell peppers, and tomatoes on the vine. “The whole pack is biodegradable and the tray itself, being paperboard, can be recycled,” says Borquez. “This pack is essentially composed of all renewable material.” 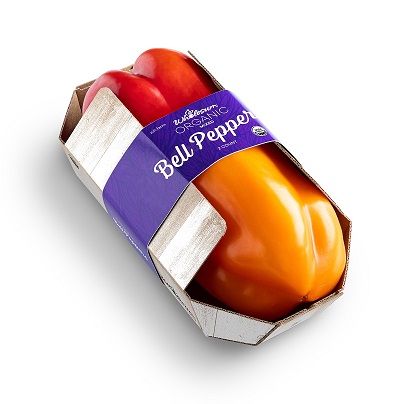 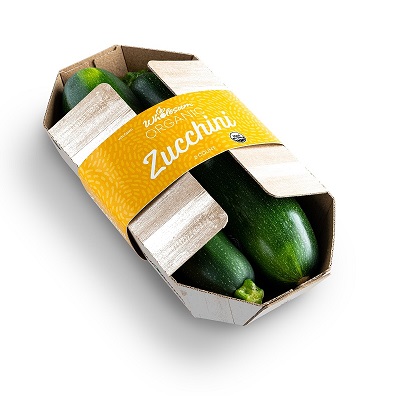 “We have been working with human resources to implement a policy for diversity, equity, and inclusion in the company.” -Olga Borquez

While the challenges of the last year could have impeded the company’s pursuit of its sustainability goals, Wholesum was undeterred. “At the onset of COVID-19 there was a lot of speculation about sustainability taking a backseat as a top priority for companies as they addressed more immediate concerns,” says Ricardo Crisantes, Wholesum’s chief commercial officer. “At Wholesum, sustainability has been and will continue to be an integral aspect of our operations. If anything, the pandemic has given us a chance to reflect on the importance of the availability of healthy food and the value of the people who grow it!”

Summer production of organic fresh produce is in full swing across the country, giving retailers a wide range of promotional opportunities for the Fourth of July.

Agtools recently deployed a new feature as part of its leading software platform, which provides worldwide market data against contract and daily/weekly pricing, helping farmers be even more proficient.

1. What Are the Top 5 States for Organic Vegetable Production?

5. Foxy Organic Vegetables Back in Nevada