Nissa Pierson, who handles marketing for the Crespo Organic Mango brand, said organic mango supplies will be short in May as the industry transitions from Mexican production in Oaxaca to the states of Nayarit and Sinaloa. 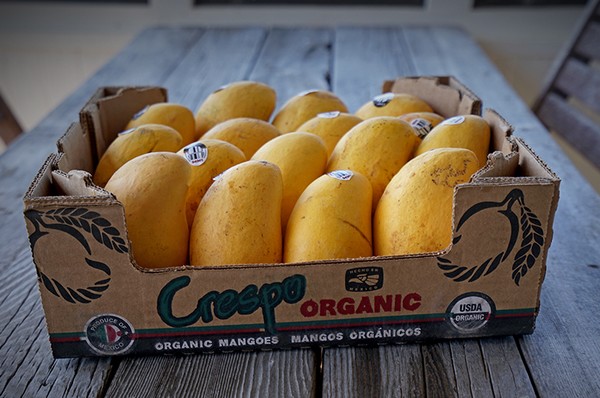 While projections remain for tight supplies through much of May, by the end of the month and throughout the summer, organic mango promotions should be readily available.

There are other production areas, including Chiapas, Michoacán, and Jalisco, but organic production in those regions is not as robust as it will be when northern regions start shipping around the third week of May. “We [Crespo] will actually have good organic supplies through May from Chiapas, including promotable volumes in some sizes,” said Pierson. “But in general, organic volume will be tight until Nayarit gets going around May 20-25.” 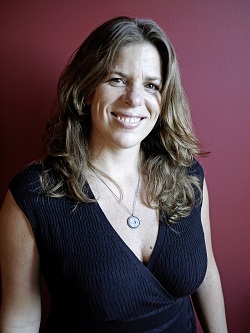 With Sinaloa coming into play around the same time, organic mango supplies should be solid throughout the summer months of June, July, and August. Crespo Organic will launch its “Summer Mango Mania” promotion around June 1, helping retailers throughout the United States and Canada promote organic mangos at a retail price point of $1 or less per piece.

That goal appears doable this year as drought conditions have created what appears to be a size profile skewing toward smaller fruit, Pierson said.

Crespo will launch its “Summer Mango Mania” promotion around June 1, helping retailers throughout the United States and Canada promote organic mangos at a retail price point of $1 or less per piece.

Gary Clevenger, managing member for Freska Produce International in Oxnard, CA, noted that organic mango supplies and volume track closely with the conventional side of the ledger. “Unlike with other items, such as avocados—which Freska also handles—the gap between the conventional mango price and organic mango price is relatively small,” he said.

The small pricing gap contributes to the growing demand for organic mangos, Clevenger said.  He pointed out that Costco is close to 100 percent organic on mangos, and several other chains prefer organic over conventional.

The Freska executive noted the strong market that mango suppliers of both conventional and organic fruit have had since late February and he cited several reasons. He said the yellow Ataulfo mangos have been in short supply, which has driven up the market, but he said the market has been strong on all varieties. 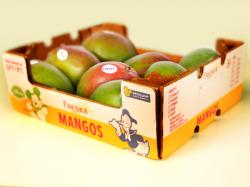 There is also strong demand in the processed market for number two and number three fruit, which is utilized for dried and frozen mango as well as for mango flavoring in a host of center-store items, including hard seltzers. “Processors are in the fields creating competition for the fruit. It’s driving the price up and creating a higher floor price for fresh product,” Clevenger said.

Additionally, dried organic mangos have become a very popular item due to their excellent nutritional profile and the pandemic-inspired increased demand for shelf-stable healthy products.

There is also strong demand in the processed market for number two and number three fruit, which is utilized for dried and frozen mango as well as for mango flavoring in a host of center-store items, including hard seltzers.

Fernando Valle, sales and operations manager at TerraFresh Organics in Mill Valley, CA, also noted that organic mango production is in a transition period as Oaxaca winds down. “Volumes will continue to be tight until the Nayarit region hits its full stride. Nayarit should start organic harvest around the last week of May, mainly with Ataulfos and a small amount of Tommys,” he said, adding that the volume of Tommy Atkins mangos will start to pick up in mid-June. 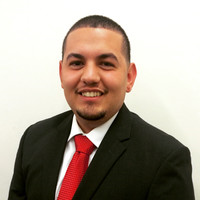 One of the biggest challenges this season is the sizing of the fruit, Valle said. “Nayarit has suffered a water shortage, resulting in many fields not [being] properly irrigated, which will lead to a lot of smaller sizes and fewer large sizes available. By the end of June, the Kent variety will start with the hopes that sizing will have improved,” he said. “The northern Sinaloa/Los Mochis areas for our organic Kent and Keitt mangos will begin mid-July, and the crop is looking better than the southern regions.” 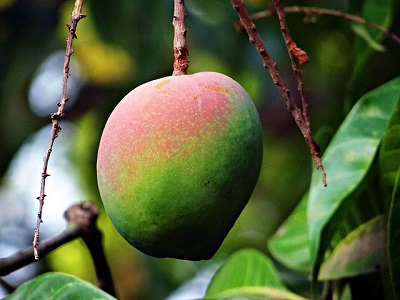 Valle said demand has been strong for organics so far this year and anticipates it will continue. “It is still early for the growers in Nayarit to give an accurate assessment of what the impact of the water shortage is going to be this season with regards to production volumes and for the sizing of the crop. That being said, we are still looking to have a good supply of organic mangos throughout our season, which goes through September.”

Sylvia Wu is a senior attorney and managing attorney of the California and Hawaii offices of the Center for Food Safety (CFS). Wu represented CFS and several other plaintiffs in a recent lawsuit challenging the USDA’s decision to allow hydroponic operations to be eligible for organic certification. The US District Court for Northern California, which heard the case, ruled against the plaintiffs and sided with the USDA. Wu joined OPN to talk about the lawsuit, the issue of hydroponics in organic ag, and more.