When friends Wyatt Meiggs and Phillip Giles contemplated opening their new produce brokerage business, Western Sky Produce, in early 2020, they had no idea their launch would coincide with a worldwide pandemic.

“We opened on March 15, 2020, just as the country was shutting down,” said Meiggs, who serves as the company’s president.

But while the coronavirus took a huge toll on the country and the foodservice industry in particular, it did provide opportunities for a new company just getting out of the starting blocks. Meiggs said that panic buying by consumers left retail shelves empty and produce buyers looking anywhere they could for suppliers.

“We had a general idea of what we were going to offer when we started, but the massive spike at retail sent us in new directions,” he said. “Retailers couldn’t get enough product. We sold a lot of berries and apples and vegetables … both organic and conventional.”

Meiggs said supply chains were stretched to the limit, and offering direct store delivery proved to be a deal maker.

In launching the company and servicing those early orders, Meiggs relied on contacts and learnings from his earlier career with Robinson Fresh, where he spent 12 years. Giles also has a background in the business and had been operating his own brokerage operation when the two partners decided to launch their new company. 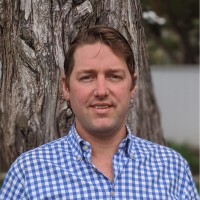 The produce brokerage business has always been based on service, so providing excellent service is the value proposition that the partners pitch to potential clients, Meiggs said. “We are brokers. If we provide service and value, we will get repeat business,” he said.

Now a year into the operation, Meiggs said the company focuses on smaller chains, with its sweet spot being retail operations with 7 to 100 stores, and the Northeast being the geographic location with its largest percentage of customers. “We have some seven-store chains that do a crazy amount of volume," he said.

“We are brokers. If we provide service and value, we will get repeat business.” -Wyatt Meiggs

Meiggs added that Western Sky's business is evenly split between organic and conventional produce and driven mostly by spot market buyers rather than program purchases. By focusing on smaller chains, Meiggs said they can bring multiple offers to the table for the many suppliers they work with. 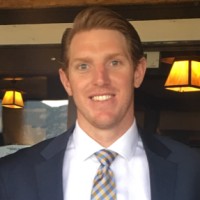 Securing product has not been an issue. The company’s business model is such that Western Sky often takes possession of the product, which has presented some challenges because of rising freight costs.

Meiggs noted on March 30 that freight rates to the Northeast were above $9,000. He added that it has been a year of high truck rates with loads running as high as $12,000 to $13,000 at peak times during the past 12 months. And he does not expect the truck shortage to let up soon. “It could be a pretty wild summer,” he quipped, theorizing that a lack of truckers is what's created the demand-exceeds-supply situation since the pandemic began.

The company’s business model is such that Western Sky often takes possession of the product, which has presented some challenges because of rising freight costs.

For Western Sky Produce, Meiggs said it has continued to be the staple items that are dominating its organic business. Organic vegetables, such as broccoli and celery, as well as strawberries and apples represent a good portion of those sales, with each of those crops are currently in pretty good supply. Organic strawberries are moving toward their peak shipping months; organic apples from the Northwest continue to be in good supply; and organic vegetables have started to make the spring transition from the desert to the California coast.

“Broccoli and cauliflower have already transitioned, and the other crops will soon follow,” he said, adding that California has experienced a mild spring with very good growing conditions that should result in excellent supplies moving forward.

Meiggs, who spent a lot of time in the foodservice arena with Robinson Fresh, called the idea to start his own brokerage firm “the best decision I’ve ever made. I should have done it earlier.”

He said that is not a reflection on his time at Robinson Fresh, which he said was a great place to learn about the industry. Running his own smaller brokerage and working with smaller retailers, however, is a great experience that he loves.

Dr. Charles (Chuck) Benbrook has been on a lifelong mission researching how farming systems affect our food and human health. Among his latest endeavors is the creation of the website Hygeia Analytics, an open resource that aims to deepen insights into the roots of good health.

There is always a degree of uncertainty that comes into play two times every year as western vegetable production transitions from the desert to the coastal regions and back again. While the crop planners do their best to ramp up production in one region as it declines in the other, Mother Nature can’t always be predicted.

4. Are Organic Avocados Better for the Environment?