As a relatively recent entrant into organic produce, Old Dominion Organic Farms is learning many lessons about how to successfully grow organic crops.

Twelfth-generation farmer-owner Jordan Brandon continues his family’s farming legacy, which traces back to 1654. He is the last member of his family remaining in farming and the first in five generations not growing tobacco.

Brandon graduated from the Virginia Military Institute and earned a master’s degree in mechanical engineering from Virginia Tech. He became a mechanical engineer and spent five years working for a Washington, DC-area defense contractor designing aerospace hardware before returning to the family farm. Back on the farm, Brandon initially managed tobacco production. Under his leadership, production increased, but he soon became concerned about the uncertainty of the tobacco market. Brandon started transitioning land into organic tobacco and row crops, with a goal of moving into organic produce.

Produce doesn’t possess a large heritage in southern Virginia as the industry lacks the infrastructure for food safety and organic certifications, and the region’s organic growers face many challenges. As an example, Brandon points to grain farmers who try to grow organic grain with their two-man crews consisting of a planter, combine, and sprayer for thousands of acres. Because of the labor-intensive nature of organics, they often end up walking away. 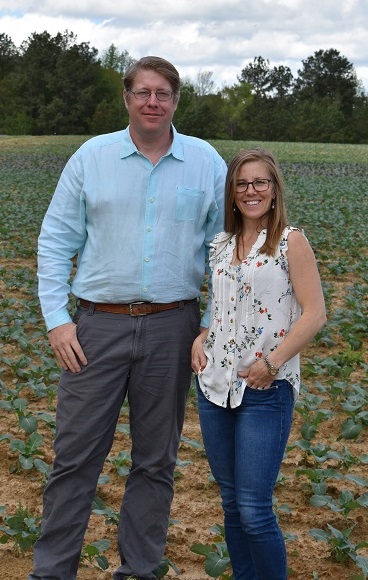 Growing produce for the first time involves a steep learning curve. When Brandon considered transitioning to organic produce, he saw labor and fields requiring three years of remaining fallow as barriers of entry for potential competitors. Growing demand for locally grown was another factor.

Jordan Brandon is the last member of his family remaining in farming and the first in five generations not growing tobacco.

Because of his family’s farming legacy, Brandon understands the importance of caring for the land and valuing green spaces and natural landscapes. Brandon and his family created 50 acres of wetlands and restored and preserved more than 20,000 feet of streams. Old Dominion has placed more than 3,500 acres of wildlife and forest habitat into perpetual conservation easements. “Our proactive stance will create and preserve habitat for many types of wildlife as well as preserve a natural environment for future generations to enjoy,” said Brandon. 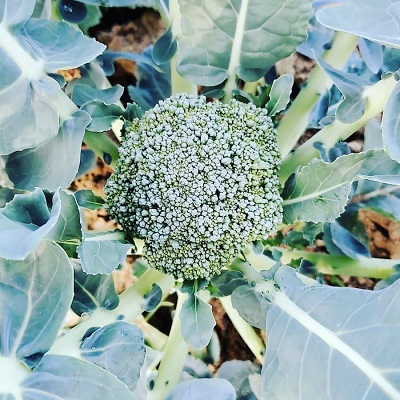 Achieving an environmentally focused mission requires diligent management of soil, water, and nutrients. “Growing in a non-sustainable way cannot yield long-term growth as whatever was built and developed will necessarily contract,” observed Brandon. “As stewards of the land, it is of paramount importance to understand what the best long-term use for the particular tract is.”

“Our proactive stance will create and preserve habitat for many types of wildlife as well as preserve a natural environment for future generations to enjoy.” -Jordan Brandon

Because the Brandon family grew up in rural America, keeping swaths of rural land free of development was important to them. This becomes a bigger concern every year as more farms are sold for housing sites.

While Old Dominion’s farming operations are an hour-and-a-half drive from Richmond, VA, and two hours from Virginia Beach, VA, development is encroaching on the rural areas. A cow wandering into the yards of $2 million residences and eating rose bushes angers residents who also get impatient following tractors on roadways. 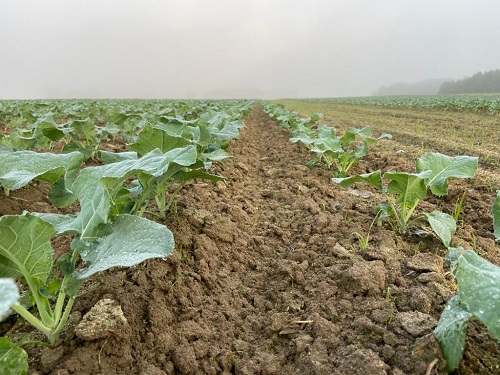 Brandon doesn’t have any issue with urban people wanting to retire to the rural areas. However, their desire to bring suburbia into the farming region by removing timberland and crop land for houses alters the area’s character. “It’s changing the environment quite a bit,” he said. “They don’t want the agricultural smells. They would like much [more] of a suburban lifestyle in a rural area. The two don’t necessarily coincide.”

“As stewards of the land, it is of paramount importance to understand what the best long-term use for the particular tract is.” -Jordan Brandon

Brandon attributes much of the misunderstandings to Americans’ lack of knowledge about agriculture in general. As fewer Americans have personally visited a farm or know anyone who farms, it’s difficult for them to understand how complex agriculture production is. While they can easily acknowledge they don’t understand radiology or other technical occupations, the average citizen doesn’t want to admit they don’t understand farming because it’s written off as a simple endeavor, observed Brandon. 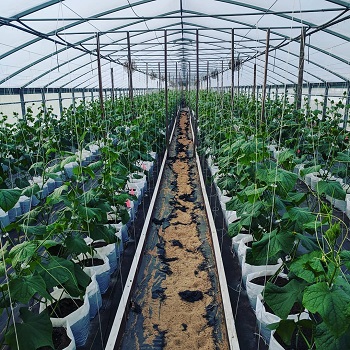 Looking ahead, Brandon remains optimistic for Southern Virginia organics. “I am growing the right crops at the right time at the right place,” he said. “There have been growing pains, and I suspect there will be more. Organics have a lot of potential. I am confident I am in the right market.”