Abby Youngblood is executive director of the National Organic Coalition (NOC), an organization that serves as a “Washington voice” for organic food and agriculture. With a background in organic farming as well as food justice and access issues, Abby joined NOC in 2015. OPN recently caught up with her to learn about NOC’s mission, its current efforts related to organic produce, why it’s so important for organic stakeholders to engage with Congress and the USDA, and more.

Can you briefly describe NOC’s history and mission?

We’ve been around for about 20 years now. We’re a national coalition that formed right when the organic regulations were being implemented. A lot of the folks who helped start our coalition were involved in the creation of the organic law and then the process to develop regulations. After they succeeded in doing that, they realized, “Wow, now that we have a federal program and these regulations in place, we need to be ready to continue to engage with members of Congress and with the US Department of Agriculture.” And so several different organizations came together and said, “Let's form a coalition.” 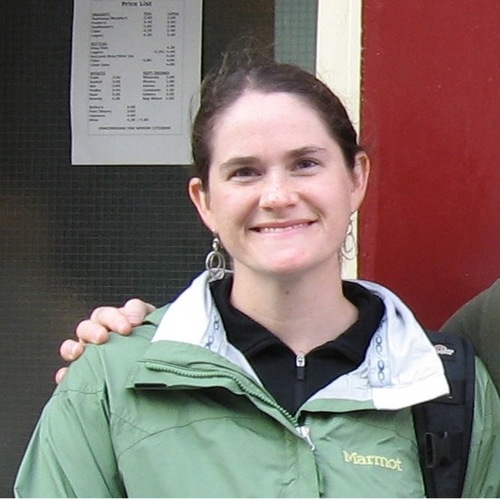 One of the things that's unique about our coalition is that it’s across different stakeholder groups. We have farming organizations, environmental and consumer groups, companies, retailers, and certification agencies. And another thing that's unique about us is we operate by consensus with the 14 member organizations that we have. So when our policy director is talking to members of Congress or to the USDA, he's reflecting the consensus positions that have been adopted across different stakeholder groups within our coalition.

You have a number of “affiliate” organizations as well—do they also contribute to consensus positions?

They are not formally represented by our lobbyist. Our consensus process is confined to the 14 organizations that are members of our coalition, and then the affiliates have the option to sign on to the positions that we develop.

Could you highlight a couple of NOC’s current efforts related to organic produce?

Two top priorities for our coalition in 2021 are making sure that we strengthen enforcement and address fraud in organic supply chains and that we advocate for the role of organic as a climate change solution. I see both of these as being really closely connected to the organic produce sector.

In terms of enforcement, we've been really pushing to have the Strengthening Organic Enforcement Proposed Rule finalized—hopefully in 2021—so that we have the kind of oversight we need. And I know that this is definitely an issue in the organic produce sector because it’s very important to be able to identify and trace a product as organic throughout the supply chain so that we don't have product that's not organic being sold as organic.

"One of the things that's unique about our coalition is that it’s across different stakeholder groups. We have farming organizations, environmental and consumer groups, companies, retailers, and certification agencies." -Abby Youngblood

In terms of the climate issue, we’re communicating a lot with members of Congress and with the USDA and other stakeholders about organic as a climate change solution. Organic produce operations do so much in terms of fostering soil fertility and taking care of soil health with cover crops and crop rotations. And we know from the science that those practices are helping to sequester carbon and to increase resilience to more extreme weather conditions. And we also know that refraining from using synthetic fertilizers has a positive impact in terms of greenhouse gas emissions. 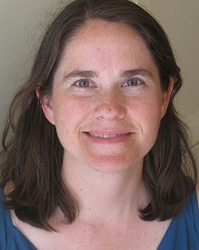 Has NOC been working on the issue of restoring the USDA cost sharing for organic certification to its original amount?

Yes. We haven’t fixed that yet, which is very disappointing. We were hoping that we would be able to fix that in the legislation that passed right before Christmas, but we didn't.

For those who aren’t familiar with the issue, the Organic Certification Cost Share program was slashed in 2020 because the USDA Farm Service Agency (FSA) made some mistakes in their accounting and basically told Congress in the last Farm Bill that they had more money left over than they actually had. And so as a result, Congress hadn't authorized enough funding.

"Two top priorities for our coalition in 2021 are making sure that we strengthen enforcement and address fraud in organic supply chains and that we advocate for the role of organic as a climate change solution. I see both of these as being really closely connected to the organic produce sector." -Abby Youngblood

So from our perspective, FSA should fix the problem because they made the mistake. And so we're very frustrated. It's certainly one of our top six priorities in communicating with new folks who are incoming to the USDA. But we are also communicating with Congress and saying, “If the USDA doesn't fix this, we need you to give more money to this program because of the shortfall.” 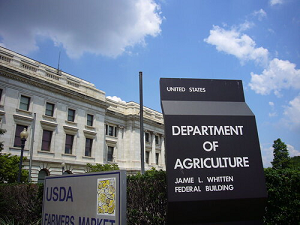 Does NOC have a position on the new certifications that have come out in recent years—the Real Organic Project’s seal and the Regenerative Organic Certification?

We have definitely thought a lot about it in our coalition. And one of the things that I think is noteworthy about the Regenerative Organic Certification as well as the Real Organic Project is that they are both building off of the foundation that we have with USDA organic. That to us is incredibly important. Let's not reinvent the wheel. Let’s not hash out all the things that we've already hashed out with organic. And let’s also recognize that a lot of organic practices are good for carbon sequestration, soil health, enhancing biodiversity, and protecting water quality.

And then the second thing I would say is that there are some areas where we need to strengthen organic. We don't want to create confusion. We don't want to put down operations that are following organic regulations already and suggest in some way that they are less than. But at the same time, I think the Regenerative Organic Certification and the Real Organic Project have identified some of the areas where we need to either close a loophole, or we need to develop stronger regulations.

"One of the things that I think is noteworthy about the Regenerative Organic Certification as well as the Real Organic Project is that they are both building off of the foundation that we have with USDA organic. That to us is incredibly important." -Abby Youngblood

I think the concept of continuous improvement and raising the bar is very much present in organic—it's very much intended to be part of how organic works. To the extent that the Regenerative Organic Certification and the Real Organic Project can demonstrate consumer interest and demand for products that meet this higher bar, I think they have the potential to help us strengthen the USDA organic seal.

As a coalition, we really want to encourage folks to engage in the process and figure out how they can participate with their congressional delegation and with folks at the USDA when it matters. And we're certainly one resource that's out there—through our newsletter and through our network affiliate program. Our aim is to help make it easier for folks to figure out how to engage in advocacy work.

I think sometimes people get frustrated because it's difficult to make this organic regulatory process move forward. It moves more slowly than we’d like. But I can say that it really makes a difference when organic farmers, companies, and organizations are weighing in with members of Congress and with the USDA. We're able to see movement a lot more quickly. So it’s definitely part of my goal to encourage folks to be active and to engage.