Michael Schutt reached his dream job as a produce buyer at Raley’s in 2005, about 20 years into his career with the well-respected regional supermarket chain. He has continued to rise through the ranks, and in October of 2020 was promoted to the top produce position for the 126-store chain when he was named Raley's Director of Produce and Floral.

“I didn’t set my sights on this position,” said Schutt. “After I was with Raley’s a few years, the job I wanted to get to was produce buyer. I love the role of the buyer… It starts with a handshake with a farmer.” 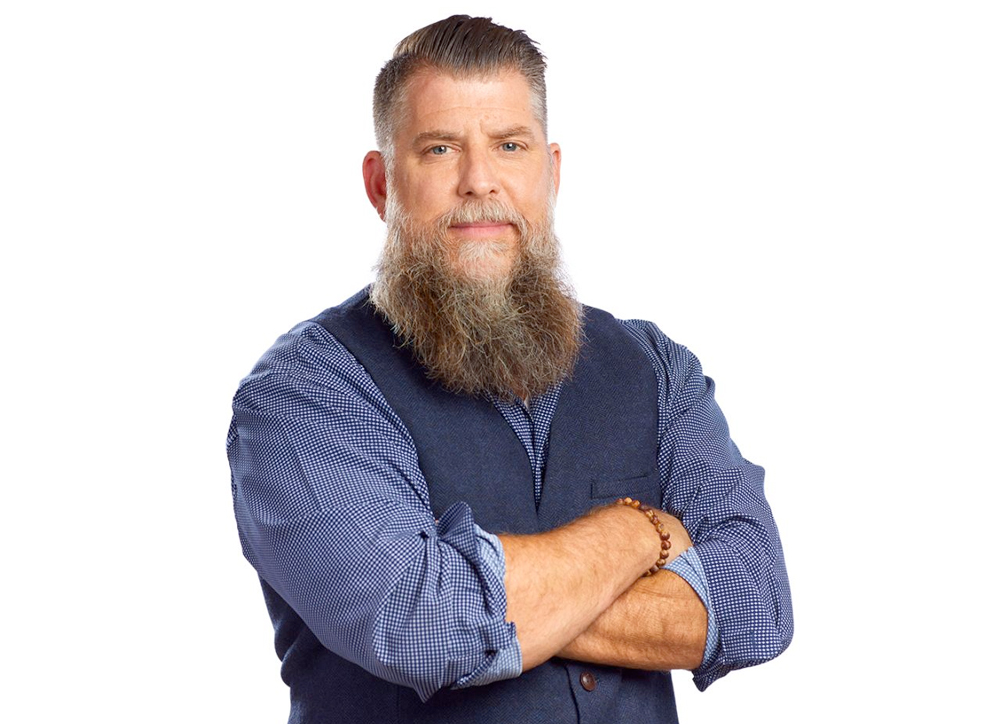 With his promotion, Schutt faced what he called “the biggest challenge of his career. I have had to relinquish the day-to-day buying. No longer am I the one looking for a load of avocados to fill our shelves. I am involved less in blocking and tackling. It’s my job to see the whole field.  I’m not looking for first downs anymore; I’m looking for touchdowns,” he said.

“I love the role of the buyer… It starts with a handshake with a farmer.” -Michael Schutt

Continuing the football metaphor, he noted that as “coach,” it is his primary responsibility to make sure everyone on the team is in the right position and performing to their capacity. Schutt also used a sports analogy to modestly assess his career and how he has achieved his current top spot. “I might be a little too self-deprecating, but I tell everyone if you hang around on the playground long enough, eventually someone picks you for the dodgeball team,” he quipped. 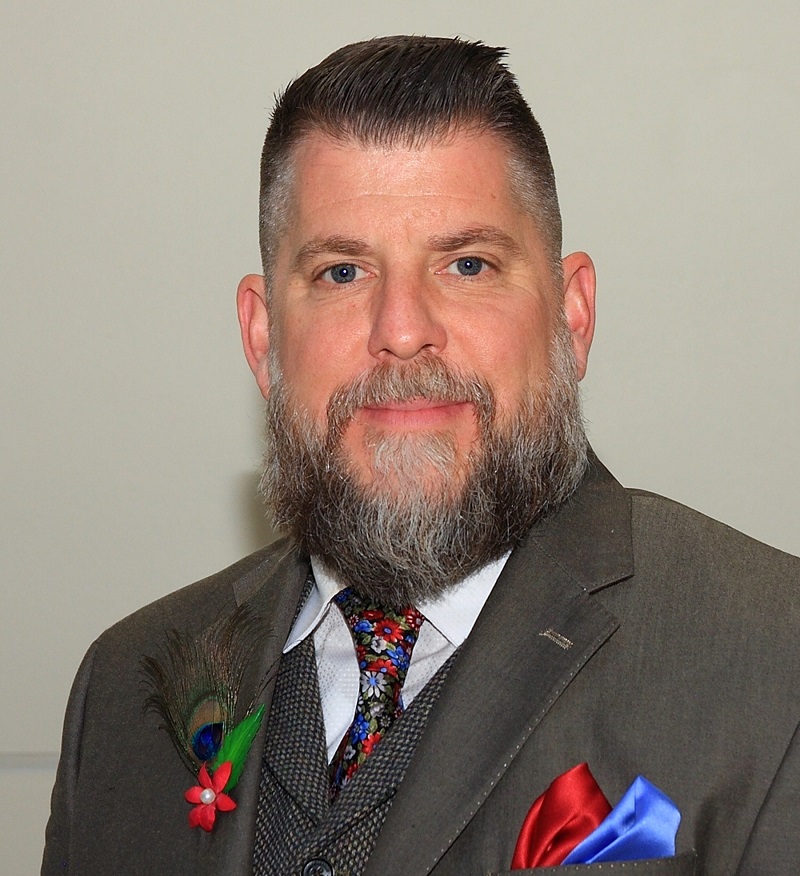 In reality, Schutt's career at Raley’s has been full of successes, with his view of the role organic produce could play at retail truly visionary. The category has risen in importance in fresh produce and in no small part, the rise of Michael Schutt mirrors the rise of organic produce.

Schutt's career began at a Raley’s supermarket in the Nevada town of Winnemucca when he was a teenager. As a 15-year-old, he had applied for a job in the local market, and the manager told him to come back in the spring. He began bagging groceries but soon shifted to produce for the summer season.

“The produce manager took on me and another guy," said Schutt. "He told us he would work us both, but at the end of the summer, he only had one job. I worked as many shifts as I could get and helped out wherever I could.”

At the end of that summer, Schutt secured that one full-time position, and he has been winning the battle one day at a time ever since. “I don’t believe in losing,” he said. “You are either winning or learning.” 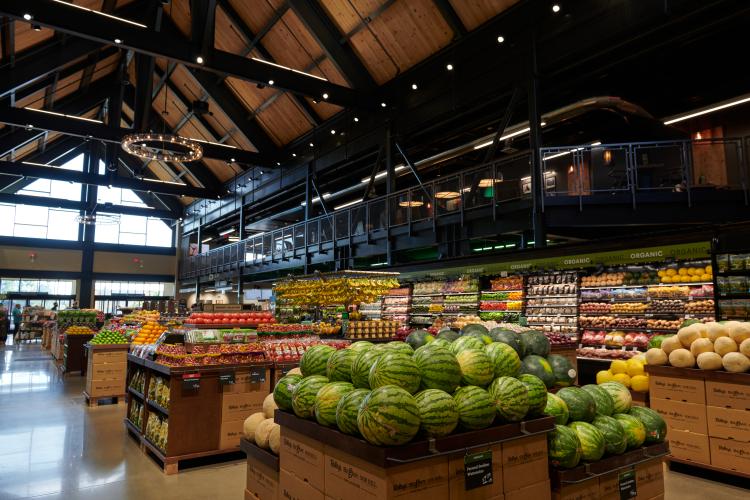 The future Raley’s executive stayed at the Winnemucca store for five years. By then, it was the dawn of the 1990s, and the chain was expanding rapidly in the East Bay suburbs of San Francisco. Those stores were considered Raley’s finest, and his original Winnemucca produce manager convinced him that to rise in the company, Schutt needed to be associated with a higher-volume store. So he applied for a position with a brand-new store opening in Fremont. “I actually took a demotion going from the second position (in Winnemucca) to the third position in the Fremont produce department.”

“I don’t believe in losing. You are either winning or learning.” -Michael Schutt

But taking the Fremont position paid off when he was named produce manager of the nearby Newark store in 1992 at the age of 22. “At the time, I was the youngest produce manager at Raley’s,” he said.

A couple of years later, Schutt was moved up north to the top produce slot in the Santa Rosa store in Sonoma County. That proved to be a fortuitous move for the 25-year-old, who already had nine years of experience with the retailer.

Schutt admits he was a bit naïve at the time, but he was also full of passion and enthusiasm. His supervisor asked him to redo the organic produce section, which consisted of a four-foot, two-level space. Through trial and error and learning that his back-to-nature Sonoma County clientele really liked their organic produce, Schutt began to build up the department. Over the next couple of years, the organic produce department at the Santa Rosa store grew to 28 linear feet, and Raley’s had the initial blueprint for what would become a chainwide organic program. 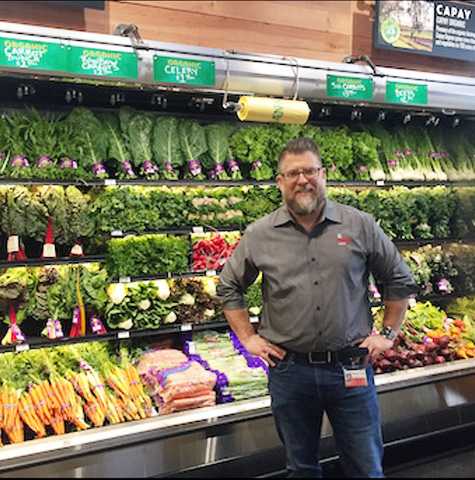 In 1997, Schutt was promoted to the produce buying department in the West Sacramento headquarters as a quality control inspector and a relief buyer. Soon thereafter, he was given the task of creating the companywide organic program for the chain. Utilizing the local suppliers he had relied on in Santa Rosa, such as Earl’s Organic Produce on the San Francisco Produce Market, Schutt began to build the program. He added SKUs and built a cadre of suppliers.

Schutt believes the “aha moment” for organic produce came when more and more conventional growers added their expertise to organic growing practices. “That’s when the cost started coming down, and we were able to fill the pipeline,” he said, noting that steady supplies and a reasonable retail price created a lot of new customers.

“That’s when the consumer started to jump across the aisle (from conventional to organic), and we have been off to the races ever since,” Schutt said, listing the turn of the century as when the organic produce department at a typical Raley’s reached legitimate status.

To Schutt, “legit enough” meant that when a passionate organic shopper came into Raley’s, they could fill their shopping list. He has always held up Whole Foods as the gold standard and noted that in those early days his goal for the organic department was driven by that chain. “If somebody got lost going to a Whole Foods and stumbled into a Raley’s, I wanted that organic shopper to be able to a build a menu in my store. They could not only buy organic veggies and salad but also get nuts and fruits, which were much more difficult [to find] at the time.”

In 2005, Schutt was elevated to his dream job—produce category buyer. While organics held a special slot in his daily buys, he had a large book of business with the majority of it being conventional produce. In 2017, he was promoted to Senior Category Manager of Produce and Floral and then was named Interim Director of Produce and Floral in 2019 before being elevated to the permanent slot several months ago.

“If somebody got lost going to a Whole Foods and stumbled into a Raley’s, I wanted that organic shopper to be able to a build a menu in my store. They could not only buy organic veggies and salads but also get nuts and fruits, which were much more difficult [to find] at the time.” -Michael Schutt

Schutt said Raley’s—plus its other banners, Bel Air and Nob Hill—are in a perfect position for growth. In recent years, the company experienced some contraction as they right-sized, but in the pandemic year of 2020, it opened three new stores, launched an e-commerce fulfillment center, and debuted a new banner.

Raley’s fulfillment center, which is in Sacramento, serves as a hub for e-commerce shopping. With so many consumers shopping online and through buying services during the pandemic, Raley’s decided it made sense to open a fulfillment center solely dedicated to e-commerce. Schutt said it worked well and that he can envision it being expanded to other areas if they fit specific criteria and if the online shopping spike continues after the pandemic passes. 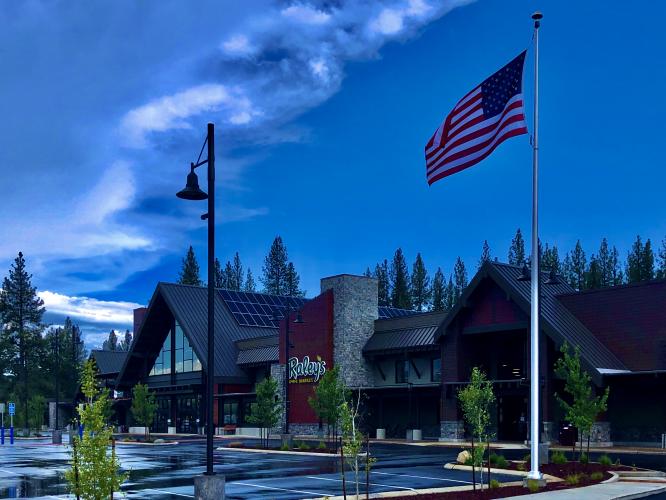 Schutt said Raley’s O-N-E Market has been a well-received concept, and he expects it to be duplicated.

With regard to the organic produce movement that he helped start at Raley’s almost 30 years ago, Schutt believes the company is in an enviable position. At one point, Raley’s leadership asked each of its stores to “lean into” the organic movement and strive to make the category represent 15 percent of produce sales. Schutt called that effort an eye-opener, saying it moved the ball forward and raised organic produce penetration storewide from 11 to 16 percent. With that accomplished, “we let off the gas pedal at 16 percent.” Now, each store is still leaning into the category but free to find the right mix for their specific demographic. Schutt said that for some stores, 9 percent is reasonable, “and we have some stores that are at 28 percent.”

He said this is a more balanced approach that recognizes that the needs of specific neighborhoods are varied. He thinks the sky remains the limit for some stores, while in others, growth will be limited.

Overall, Schutt believes Raley’s has far exceeded his original expectations as they relate to Whole Foods. “Today, if a Whole Foods organic shopper stumbles into a Raley’s, I think they will come out a Raley’s customer,” he quipped.

Midwestern-based retailer Fresh Thyme Market has partnered with Maglio Companies to create a line of organic cold-pressed juices that are expected to roll out in the early part of this year.

Cold and sometimes rainy winter weather in the Arizona and California deserts over the past month has slowed the production of many organic vegetable crops, leading to an active market and rising prices, with organic celery prices approaching dizzying heights.

4. The Boom in the Demand for Organic Ginger Is Strengthening Peru as a Supplier