It has clearly been a very challenging year for everyone, but the supermarket produce department has been a winning venue, and no product has shined more brightly than fresh herbs, with most of that sector featuring organics. Strong herb sales started not long after the pandemic hit, and they have only increased with the onset of the holiday season.

“Fresh herbs didn’t participate in that initial surge of panic buying,” said Steve Wright, chief customer officer for Shenandoah Growers, a nationwide supplier of organic herbs based in Virginia. “But we have had steady year-over-year increases in sales all year long.”

Speaking just a few days after Thanksgiving, Wright didn’t have all the numbers for the holiday period but estimated that virtually every one of the company’s 25 or so herbs registered a 15-20-percent sales increase for the holidays. “We started planning for holiday sales back in May,” he said. “But we were cautious about it.”

He said fresh herb sales, with organics owning about a 60-percent retail market share, have been riding the wave of increased home cooking since spring. It has been well-documented that households, forced to eat almost all their meals at home, have rediscovered their kitchens and their cookbooks. Basic items like potatoes and onions have sold like hot cakes, but consumers are also expanding their menus and utilizing fresh herbs because they have the time to do so. 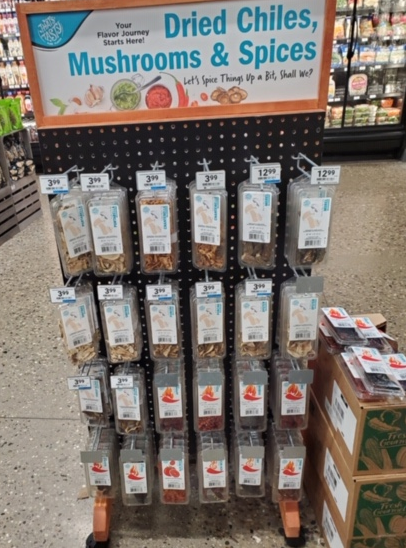 Wright noted that Shenandoah, which has a dozen farms and facilities across the country, transitioned to an all-organics program about four years ago. He said there were several reasons behind the switch, but a major one was to eliminate half of the company’s SKUs. Many retailers had switched to organic herbs, and the store velocity of herbs just doesn’t lend to twin lining (carrying both an organic and conventional fresh thyme pot, for example). Shenandoah had to convert many of its customers from conventional to organic, but it has worked well.

It has been well-documented that households, forced to eat almost all their meals at home, have rediscovered their kitchens and their cookbooks. Basic items like potatoes and onions have sold like hot cakes, but consumers are also expanding their menus and utilizing fresh herbs because they have the time to do so.

For Thanksgiving sales, he said the big seller was the poultry blend, but,of course, individual sales of rosemary, sage, and thyme did excellent as well. “In fact, everything we have did well. Fresh bay leaf was one of the largest growth items and lemongrass was very popular. Even basil, which represents about one-third of the category, saw double-digit gains.” 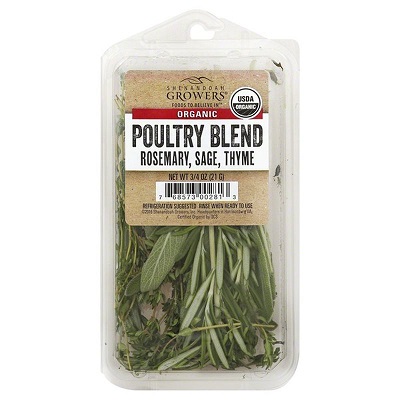 But Wright said the hands-down stars of the show were the herb industry employees. “Filling all these orders was a phenomenal feat. I can’t say enough about the people who work for us and work in the entire herb industry. Across the industry, companies were working 15-hour shifts to get the job done.”

He said Thanksgiving is unique in that it channels all that cooking energy into one major meal. While Wright expects sales for the December holiday period to be strong as well, those gatherings tend to be spread over a longer period of time, so the increased sales are also spread out.

“Filling all these orders was a phenomenal feat. I can’t say enough about the people who work for us and work in the entire herb industry. Across the industry, companies were working 15-hour shifts to get the job done.” -Steve Wright

Vivianna Greene, marketing manager for North Shore Living in Thermal, CA, concurred that this has been an excellent year for herbs, including organic herbs. She said about 75 percent of North Shore’s herb production falls in the organic category, and the company is planning to be 100-percent organic in 2021. 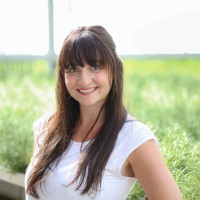 Recent Nielsen data revealed that North Shore is the number one potted herb line in America, according to Greene, and she said the runup to Thanksgiving featured record-breaking sales. “We sold over one million potted herbs in the two weeks prior to Thanksgiving,” she said, adding that herb sales throughout 2020 have consistently achieved double-digit growth over the previous year. For Thanksgiving, the roasting mix of rosemary, thyme, and sage was the top seller. 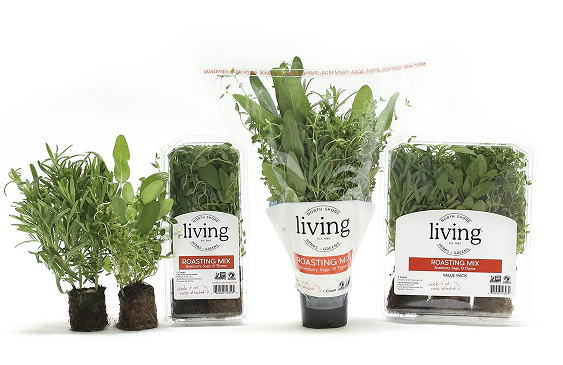 Greene credited the company’s general manager/operations manager, Milas Russell, with doing an excellent job of predicting sales and making sure production matched the demand. “We began planning in June and taking pre-orders in August,” she said. 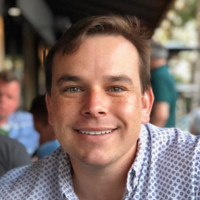 Basil, rosemary, thyme, and cilantro are the company’s top sellers throughout the year. “Thyme has done phenomenally well," she said.

North Shore has projected that 2021 will continue to be a very strong year for fresh organic herbs as Greene said COVID-19 will still be with us, and consumers will still be cooking at home more often. “It has been a crazy year, and we are going to continue to drive that bus,” she quipped, commenting on North Shore’s prominent position in the industry.

Leaders from several organic trade organizations are weighing in on what the incoming administration could mean for the organic sector, and some of the priorities for the new administration to tackle. The Organic Farming Research Foundation (OFRF), the Organic Trade Association (OTA), California Certified Organic Farmers (CCOF), and the Organic Farmers Association (OFA) have already connected with Biden’s team, with climate change at the top of their respective agendas.

John Stauner is president and owner of James Lake Farms, a 189-acre organic cranberry farm in Wisconsin (the top cranberry-producing state in the US). Located in the northern town of Three Lakes, Stauner’s operation comprises two organic cranberry marshes, which he expects will yield about 1.8 million pounds of organic cranberries this year. Stauner joined OPN for a conversation about his decision to farm organically, where he sells his fruit, the role of pollinators in cranberry production, and more.

OPN contributor Ron Pelger discusses seven of the challenges that will face organic produce growth in the coming year and the importance of organic trends.

2. Vietnam Organic Growers Reap the Fruits of Their Work

3. Roger Pepperl Set to Retire After 40 Years of Produce Innovation

5. Organic Farming in India: Three Women Agripreneurs Who Are Making a Change