The coronavirus crisis has been a boon for organic produce sales at Stew Leonard’s, an East Coast supermarket chain with seven locations in Connecticut, New York, and New Jersey.

In an exclusive OPN virtual discussion moderated by Kevin Coupe, Stew Leonard’s President and CEO Stew Leonard, Jr. said he’s seen a strong uptick in consumer interest in health and wellness this year. “With the pandemic hitting, the people want to be ensured that their food’s cleaner, that it’s better, that it’s more wholesome,” said Leonard, noting that products with the organic label have seen “a big lift.” 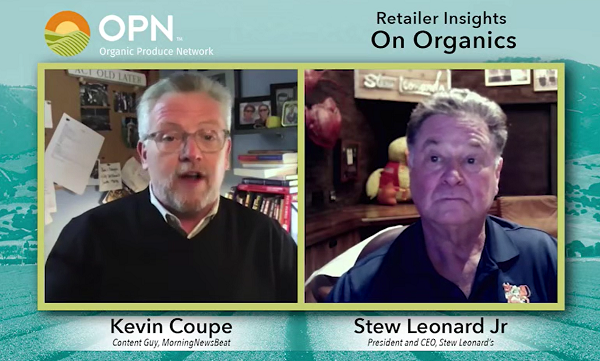 Stew Leonard’s Director of Produce Charles Yeh, who also participated in the virtual event, said that sales of organic produce have more than doubled since the onset of COVID, jumping to $6 million from $2.5 million during the same timeframe in 2019. “On the organic berries category alone, so far [we’ve done] $1.7 million this year,” said Yeh. “Last year, was $600,000, so [we’ve done] over $1 million more than last year.”

Leonard said that foods with immunity-boosting properties have performed particularly well. Before the coronavirus hit, he said he’d never sold much turmeric. “All of a sudden, it comes out that it’s good for your immune system—boom sales have gone way up!” he said. 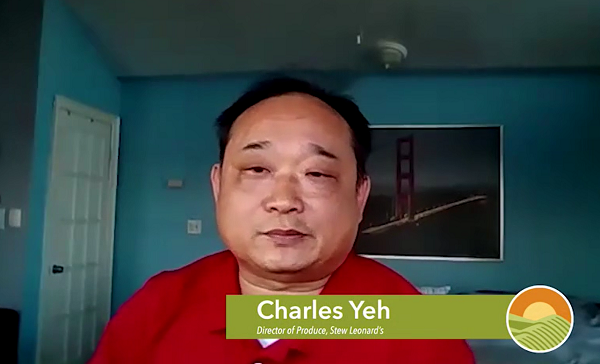 Leonard also noted that citrus, which is rich in vitamin C, has been very popular. In addition, he said, “We’ve seen increases in our frozen foods right now. We have a whole line of organic fruits and vegetables—it’s a tremendous seller!”

Coupe asked Leonard if he’d encountered any supply chain issues during the COVID-related grocery surge. “My father always told me be nice to the customer … but there’s something else he told me, and that was be nice to your suppliers … and the relationship that you have with them will prevail through tough times,” said Leonard. “I never really understood that until the pandemic hit.

“We’ve been with [our suppliers] 20–30 years and have treated them like friends. … And one thing they said to me when the pandemic hit—I’ll never forget this—they said, ‘Stew, we have your back,’” said Leonard with a smile, adding that his stores’ shelves have remained full throughout the crisis. 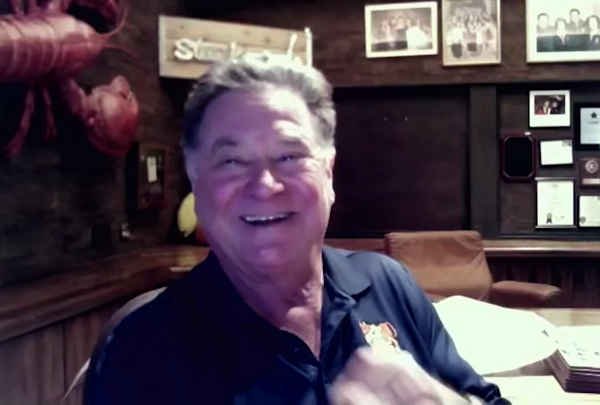 Yeh, who joined Stew Leonard’s in early March, said he was able to avoid supply chain issues in organic produce by shifting from a reliance on third-party distributors to sourcing directly from grower-shippers like Driscoll’s and Stemilt.

“My father always told me be nice to the customer … but there’s something else he told me, and that was be nice to your suppliers … and the relationship that you have with them will prevail through tough times. I never really understood that until the pandemic hit.” -Stew Leonard

While Stew Leonard’s has been able to keep its stores stocked during COVID, Leonard said the company did have to “take a little siesta” from producing weekly flyers since there wasn’t enough available product to run regular promotions. 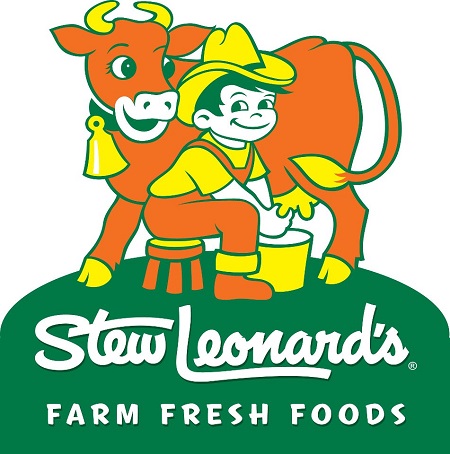 The weekly flyers have since been reinstated, but the company decided to transition them to digital only. “We’re trying to promote all of our products via email and social media rather than the paper flyers,” said Leonard. “And that’s a work in progress.”

“We’ve seen increases in our frozen foods right now. We have a whole line of organic fruits and vegetables—it’s a tremendous seller!” -Stew Leonard

During the discussion, Coupe asked Leonard if he’d noticed any impact of the coronavirus on prioritizing sustainability. “Well, I would say definitely the drumbeat’s getting louder on sustainability,” Leonard said, adding that he’s observed customers are increasingly aware of issues like animal welfare and environmental health.

“Today, you’re hearing it much more than ever at the store. … People are concerned about how things are grown, pesticides, how the farms are managed. … Even GMOs now are more of a topic. So customers are getting much smarter, much more educated, and I think as food retailers, we have to react to that.”

“Well, I would say definitely the drumbeat’s getting louder on sustainability.” -Stew Leonard

Looking to the holidays, Leonard anticipates that this year’s sales will be higher than last year’s, but he’s adjusted his company’s strategy to address pandemic-related changes in consumer behavior. 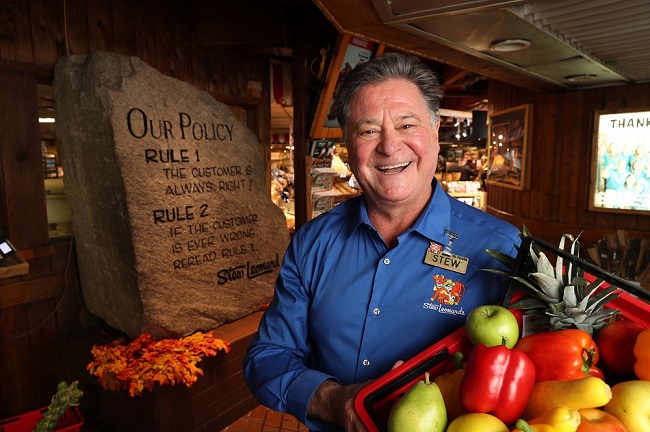 Leonard said last Easter the company observed that large platters of vegetables (as well as shrimp, cookies, and cheese) didn’t sell as well as smaller ones because people weren’t gathering in large groups. And in a recent customer survey, Stew Leonard’s found that 9 out of 10 people planned to have Thanksgiving with fewer guests than usual.

As a result of these changes, the company’s plan for this holiday season is to order more small turkeys (while hedging its bets by stocking up on supplemental turkey breasts) and to increase its offerings of smaller-sized platters of fresh cut veggies and other prepared foods.

In terms of 2021, Leonard said, “I think anybody who thinks they can predict next year is really throwing darts,” adding that he believes the “sugar high” of the retail surge will diminish at some point. However, due to all the continued unknowns surrounding the coronavirus, he thinks grocery sales will remain elevated at least for the near term. “I think it’s going to take a little while,” he said. “I think the sugar high is going to come down, but it’s going to last through 2021.”

During “Retailer Insights on Organics,” an OPN exclusive virtual event, Fresh Thyme Market’s VP of Produce and Floral Scott Schuette shared that his company’s mantra going into the new year is “we win 2021 with winning organic.”

Bard Valley Date Growers, operating out of Yuma, AZ, provides Medjool dates under the Natural Delights brand and expects to handle more than 30 million pounds this year, all grown on 4,000 acres on the California and Arizona sides of the Colorado River. Each year, the company grows approximately 25 percent organic fruit, and it is constantly adding new organic acreage.

Fox Packaging, based in McAllen, Texas, understands that packaging labels are essential for helping customers identify products and determine product value. After all, in today’s landscape, many consumers want reassurance that the brands they support are responsibly navigating their operations in terms of their health, environmental, and social impact.