Recently, a kombucha company that only uses organic ingredients in its recipe commissioned a study to determine the largest concentration and number of organic farms in the United States. Surprisingly, the East Coast leads the nation in organic vegetable farms, while the West takes the lead in the number of organic fruit farms. 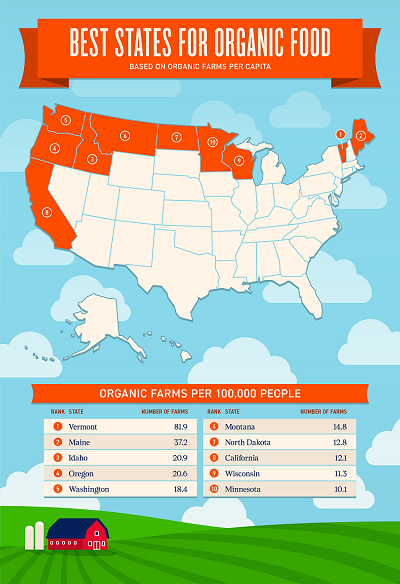 Health-Ade Kombucha conducted the study and is publicizing it to draw attention to the beverage company’s use of organic produce. “Organic options are a great way to promote a healthy environment and a healthy lifestyle, which is something that Health-Ade is passionate about,” the company said in a news release.

In assessing the concentration of all organic food farms on a per capita basis, 8 of the top 10 states border either the Pacific Ocean or Canada and form a contiguous block from the West through the Midwest. 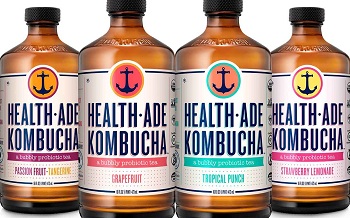 Health-Ade kombucha, made only with organic ingredients

While the study used the USDA Organic Integrity Database to come to its conclusions, it is important to note that the study measured the number of organic farms in each state. It did not attempt to determine the production or acreage numbers, which would most likely deliver a far different list of top 10 organic producers.

“The East Coast has by far the most organic options for organic farms producing vegetables,” the report said, stating that Maine has more than 900 organic vegetable farms, followed by New York with over 750 organic farms producing vegetables, and Pennsylvania in third place with 551. California is in fourth place with 528. No other state tops 100 farms, with Virginia, Washington, Hawaii, Texas, South Carolina, and Michigan rounding out the top 10. 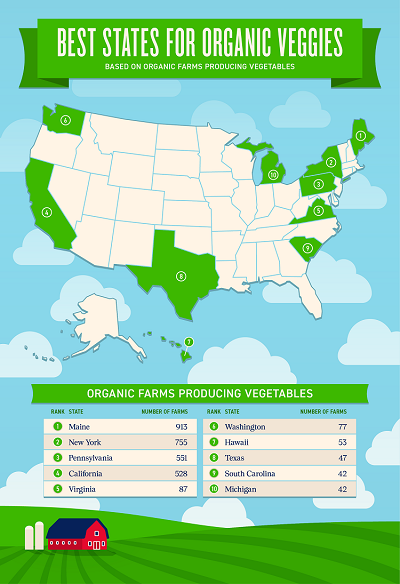 On the fruit side, the research team said, “Washington is the best state for organic fruit, with around 800 organic farms producing various fruit options.” California came in a relatively close second with 660 farms producing fruit. No other state topped 200 farms.

Maine was in third place with 160 organic farms producing fresh fruit, and New York was in fourth place with 131 organic-fruit-producing farms. The number of organic fruit farms in each of the other states fell off rapidly after that. In fact, according to this research, there are only eight states in the country that have 10 or more organic fruit farms. The fifth through eighth spots are occupied by Pennsylvania (78), Hawaii (39), Colorado (35), and Arizona (10). 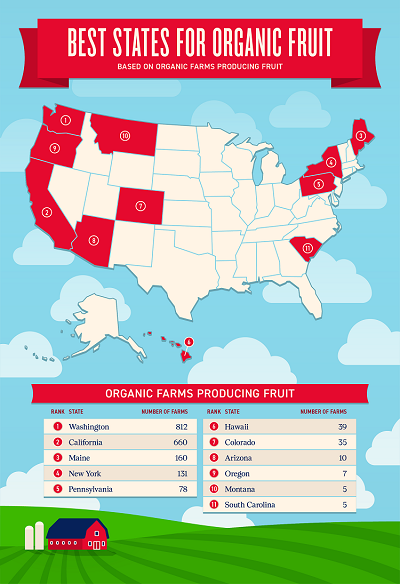 The rest of the top 10 were populated with Western or Midwestern states, including, in order, Idaho, Oregon, Washington, Montana, North Dakota, California, Wisconsin and Minnesota.

Sales of organic produce have been strong this year due to COVID-19 and the increase of at-home meals. Fall staples like pomegranates and persimmons are no exception, showing high demand and strong sales out of the gate.

In March of this year, Scott Schultz sent a letter to industry leaders urging unification and collaboration during these unprecedented times. The results that followed prove that working together is indeed the best way to prosper in times of crisis.

In what may be the first title of its kind in the fresh produce industry, Lonnie Gillespie has been promoted to the position of chief organic officer (COO) of Farm Fresh Direct, a large grower and shipper of both organic and conventional potatoes, headquartered in Monte Vista, Colorado.

1. How a Hospital Chef Reaps the Bounty from an On-Site Organic Farm