There was a time in the not-so-distant past when the California fall grape category meant seeded storage varieties and few organic options. That is no longer the case as new varieties and robust organic production has led to many seedless varieties in all colors for fall grape displays.  And now shippers report they will have promotable volumes of organic California grapes through the end of the year. 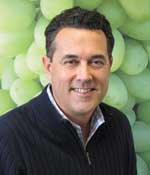 Mitch Wetzel, vice president of sales for Sunview Marketing International, told OPN this week that the Delano, CA grower-shipper will have many different organic grape options for retailers to promote, including its proprietary golden-hued Sweet Carnival.  He said there would be promotable volumes in red, green, and black varieties. Scarlet Royal, Allison, Timco, and Crimson are the organic red entries for this time of year, while Autumn King and Great Green make up the organic green lineup, and SVO Black Seedless offer an organic option in the darkest color. 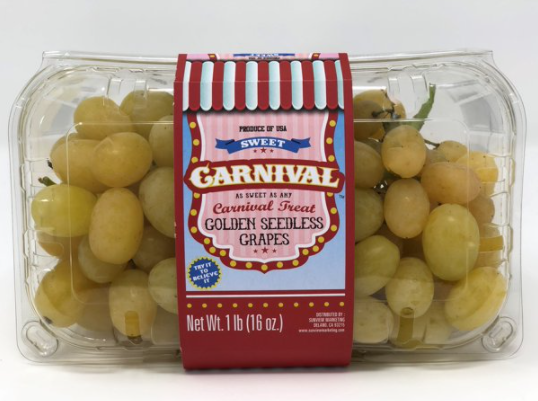 Sunview is one of the larger organic producers in the San Joaquin Valley and has specifically altered its acreage to make sure it can carry retailers to the end of the year with both organic and conventional grapes in all colors. “We are the one-stop shop,” Wetzel said.

Sunview is one of the larger organic producers in the San Joaquin Valley and has specifically altered its acreage to make sure it can carry retailers to the end of the year with both organic and conventional grapes in all colors.

He noted that it has been a good summer and fall season for organic production with a relatively good market throughout the season. On October 6, the National Specialty Crop Organic Summary Report of the USDA reported that organic grapes in all three colors from California’s San Joaquin Valley had an f.o.b price in the $25 to $30 range. 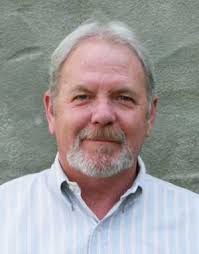 John Harley of Anthony Vineyards in Bakersfield, another major organic grower-shipper, said his company’s production is geared toward an early fall peak. “We are on the downhill side of our season, but we will have organic reds through the middle of November and organic greens through the end of this month.” Harley added that their season appears to be ending a couple of weeks early because of cultural issues.

It has been an abnormal year with many different challenges to deal with including the coronavirus and the California fires, Harley said. The fires and the resulting smoke and ash are responsible for the earlier end to Anthony’s deal this year, according to the longtime grape industry veteran. Both of those environmental hazards tend to block the sun and reduce the photosynthesis that can be produced by the grape leaves. 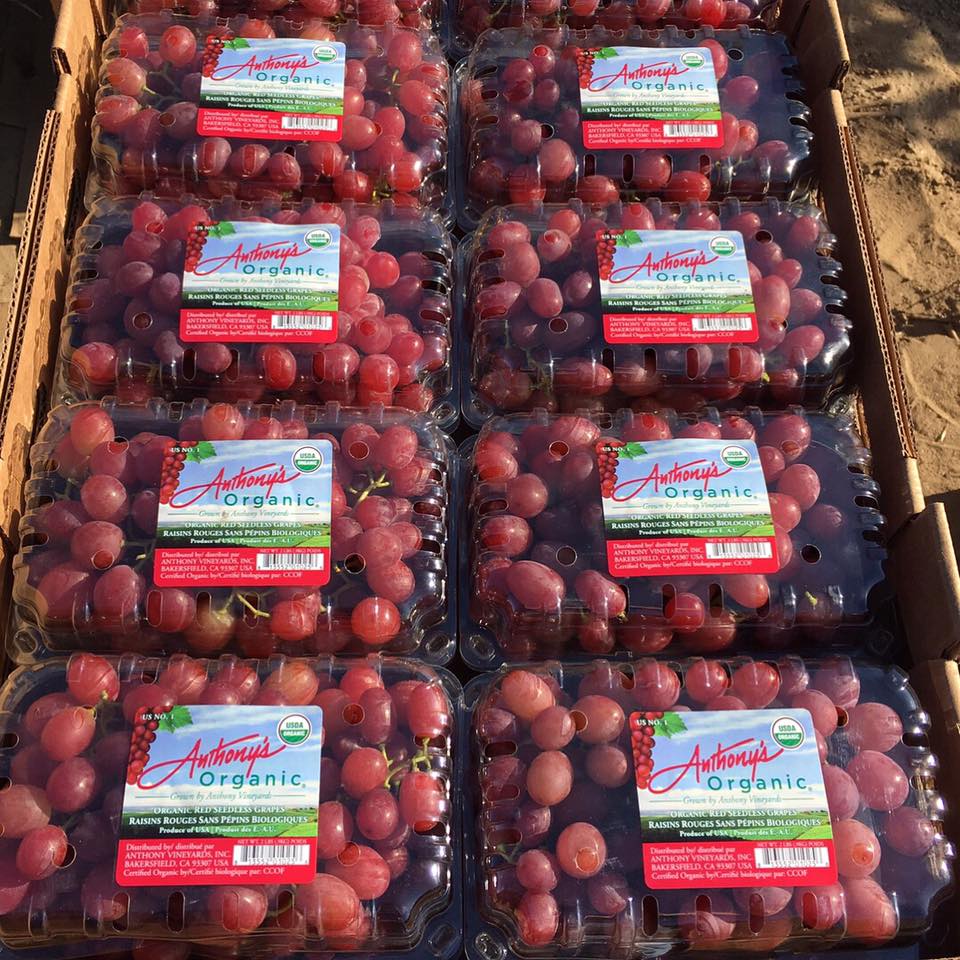 Harley said reduced photosynthesis seems to signal to the grape vines that the season is coming to an end, and the fruit matures more quickly. He added that table grapes are not being affected by “smoke taint,” which is getting much press lately for its unwelcome ability to impact wine taste and quality. Wine grapes are processed in a way that involves utilizing the skins for color especially in red wine. It is in that process that the smokey taste can get into the wine batch.

Harley, who has family connections in the wine-making business, said some vintners are attempting to make rosé wine, utilizing some of their smoke-affected red grapes without the skins. 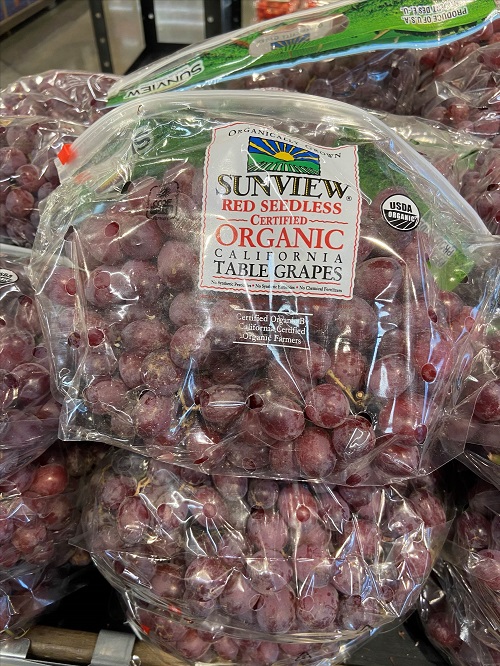 Anthony Vineyards will end its organic green table grape season with Autumn Kings, while Timco, Sweet Scarlet, Allison, and Scarlet Royal will carry the ball to the finish line for the organic red grape category.

On deck for their turn as the organic grape suppliers for the U.S. market are offshore organic options for the winter. OPN Connect will report on the progress of those points of origin later in the fall as their season approaches.