Patrick Ahern is director of procurement/pricing and administration at Baldor Specialty Foods, a wholesale distributor with headquarters in New York City. Servicing the Northeast and Mid-Atlantic regions, Baldor delivers about 320 skids of organic produce a week. Patrick joined OPN to talk about his background in produce, Baldor’s launch of a new residential delivery service in the wake of COVID-19, and more.

How did you get started in the produce industry, and how did you end up at Baldor?

I came to America from England when I was 27, and I didn’t have many qualifications, so I got a job delivering mushrooms, Italian imports, and Israeli imported herbs for a wholesale company. After a couple of years, I got a position in the warehouse and then in sales. Later, I became a purchasing assistant and then head purchaser. And then that company turned into the retailer Gourmet Garage.

So I was at Gourmet Garage for awhile, and then I went out on my own importing Japanese mushrooms for a couple of years for a few high-end restaurants in Westchester. And then a friend of mine was running the import division at Baldor, and that’s how I ended up here close to 20 years ago. 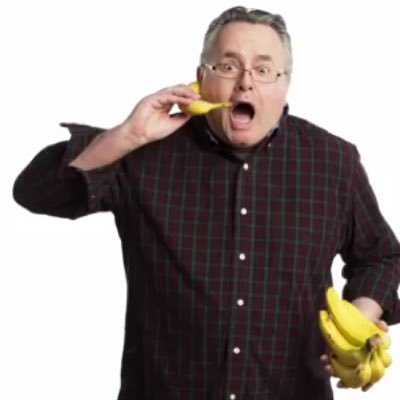 What percentage of Baldor’s produce is organic?

It’s about 15-20 percent. And we’re actively working to bring on a broader selection—we could certainly improve our offerings by 20-30 percent over the next year.

Why is it important for Baldor to carry organic produce?

Well, going back years and years, we’ve always wanted to get specialty produce— high-end, unusual produce that chefs are looking for. And we kind of fell into organic because quite a lot of organic stuff was specialty. Earthbound Farms—the first guys who did mesclun in high volume and shipped it out East—they were organic. And the farmers growing the heirloom tomatoes were practically all organic.

So it started out that way, and then as time went on, more and more people wanted organic produce, and we just took the plunge and dived right in, offering it to retailers and all sorts of chefs.

Who are the main retailers you work with?

We do a lot of secondary deliveries for Whole Foods. Whole Foods has their own warehouse in Chelsea, but they can lean on us if they need anything same day or next day. And then we deliver to all the small independent organic stores and to the Gourmet Garage stores and to quite a lot of the gourmet food stores, which have at least a fair selection of organic produce.

Who are some of the specific organic growers you source from?

As far as long-distance shippers in California, Cal-Organic is one of the preeminent ones. They produce some of the best packages that I’ve seen. They’re never the cheapest, but you always get a really good product, and the bunches are really big, and the boxes are really big and stuffed. Even though it’s more expensive, you’re definitely getting value.

We also work with Jacobs Farm Del Cabo, which is where we get a lot of our packaged herbs. And they do all the tomatoes—the sweet 100, the mixed cherry tomatoes, the red and yellow pear tomatoes, and the heirloom tomatoes. Plus, they do a lot of vegetables as well.

And then there are a lot of local ones, such as Hepworth Farms in the Hudson Valley and Lancaster Farm Fresh Cooperative down in Pennsylvania. And there’s a slew of other smaller local farms we do business with. We’re also going to start up this year with Lady Moon Farms (they have a number of farms on the East Coast).

Organic farmers—they’re just a class above, I think. All the ones I’ve met over the years—they’re class acts. They just love what they do!

"Organic farmers—they’re just a class above, I think. All the ones I’ve met over the years—they’re class acts. They just love what they do!" -Patrick Ahern

What is the breakdown of your customer base in terms of foodservice and retailers?

Pre-COVID, we were 80–85 percent foodservice, which includes hotels, fine dining, corporate dining, hospitals, and schools. And then the other 15–20 percent was the retail side. Included in our retail business is an in-house produce brand called Urban Roots, which is a line of our own processed organic and conventional packaged goods that we sell to Whole Foods and some other chains. 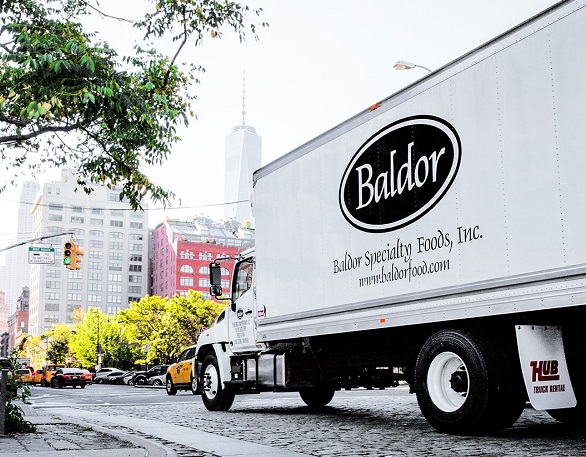 What’s it been like to go through the COVID-19 situation as a predominantly foodservice distributor? And how has your new home delivery operation been going?

It was both traumatic and exciting at the same time. Certainly setting up residential home delivery was a challenge, but it gave us something to do and focus our attention on because the foodservice business almost evaporated overnight. The home delivery business got started in a very, very small way—40 deliveries one day; 80 deliveries the next day; 160 the next day; and then after two to three weeks, we were up to maybe 2,000 deliveries a day.

And then a little bit of the foodservice started to come back. Obviously, there were a few people doing takeout, which was a small part of it, but a lot of government and state contracts started to kick in with large catering companies making meals for kids or seniors, and so we started to get a lot of business that way.

"Setting up residential home delivery was a challenge, but it gave us something to do and focus our attention on because the foodservice business almost evaporated overnight." -Patrick Ahern

What have sales of organic produce been like since the crisis began?

Actually, because most of our organic business prior to this was geared toward retail, and retail grocery business has expanded, we just grew naturally into selling more and more organic produce. So if we’d just been an exclusively organic company dealing with retail, I think we would’ve seen a bump in business and nothing else. We didn’t really dump any organic produce—we just continued to sell it. There’s a pretty high demand for it both from our retail and our home delivery customers.

How did you get the word out to prospective customers about your new home delivery service? 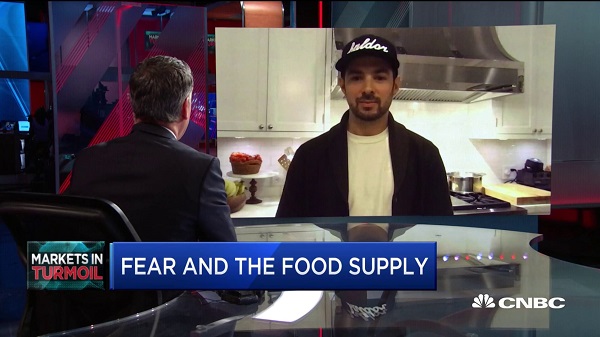 What organic produce items have been most popular with your home delivery customers?

The home delivery people buy quite a bit of organic produce—things like carrots and salad mixes (we have an array of Organic Girl salad mixes that sell extremely well). And then organic broccoli, organic celery, and other staples sell very easily.

In the first couple weeks of May, citrus was very popular, and Frog Hollow Farms’ apricots have sold really well. And then also we sell Harry’s Berries—an extremely popular California strawberry. TJ Murphy (Baldor’s CEO) met the owner out at the Santa Monica Farmers Market many, many years ago, and we started flying a skid in once a week. Right now, it’s probably at five or six skids a week.

It has been reported that this fall’s total U.S. apple crop will fall below 245 million carton equivalents of fresh and processed apples, with the state of Washington expected to mirror that reduction though the official Washington estimate has not yet been released. But fresh organic apple production has been on the increase for the past several years and a quick survey indicates that will again be true.

What a Year It’s Been, So Far….will be a provocative and engaging virtual conversation about sales of organic fresh produce, how the COVID-19 pandemic has altered consumer buying habits, and the future of retail grocery as part of the exclusive OPN event on Wednesday, August 19th at 10 AM PDT.

4. The Nation’s Oldest Organic Produce Distributor is Weathering the Pandemic