As produce industry news, discussions, and business meetings focus on the everchanging landscape we all face, there is not a day that passes without the subject of organic produce entering the scene.

Even though much has been accomplished in the organic produce landscape, there remains some areas that continue to restrain the category. Scattered questions still pop up to the surface in meetings, conferences, by retail management and producers.

Why do these trivial questions still come up? This is "organic mania."

As an industry advisor, I still get the same nonstop questions about organic produce. Most retailers are doing fine with the program. Yet, others are still stuck inside the same levels of obscurity.

Recently, an independent store owner asked me, "Should we display our organic produce together or tie it in with the regular produce items?"

Others asked, "Is it better to sell our organic produce packaged or bulk?"  —"How do we identify organic from regular items at the checkouts?"

Why are some retailers still in the organic produce experimental stages? Shouldn't they have the category settled by now? All others certainly learned how to display, sell, and control organic produce items as indicated by the continued year after year sales growth increases.  Yet, some operators are still apprehensive about having full trust in the program.

This leads me to believe that several retail operators may have little confidence in the identification at the checkouts. This has always been the greatest concern of every produce manager.

After all, if organic apples priced at $2.79 per pound are confused with conventional apples at $1.79, that could wind up being a huge loss on gross profit. And produce managers are held responsible for that number.

"Should we display our organic produce together or tie it in with the regular produce items?"

In the earlier years prior to organics, many new produce items and varieties were added to the produce line. That created identification confusion for the cashiers at the checkouts. But we managed to get it under control with several experimental ID programs put in place. Some worked better than others. The foremost was the start of the Product Look Up (PLU) system. Afterwards, the scanning labels included technology which enhanced accuracy.

A produce director revealed to me, "Our company management has us going in different directions on organics. We had it displayed in a separate section. Then we changed to merging it in with the regular produce. Now they have us back to an organic section again. Personally, I'm all confused."

If these examples of questions, fluctuating methods, and merchandising perceptions are still lingering within portions of the retail community, then it can only mean one thing —— further training and education is necessary. 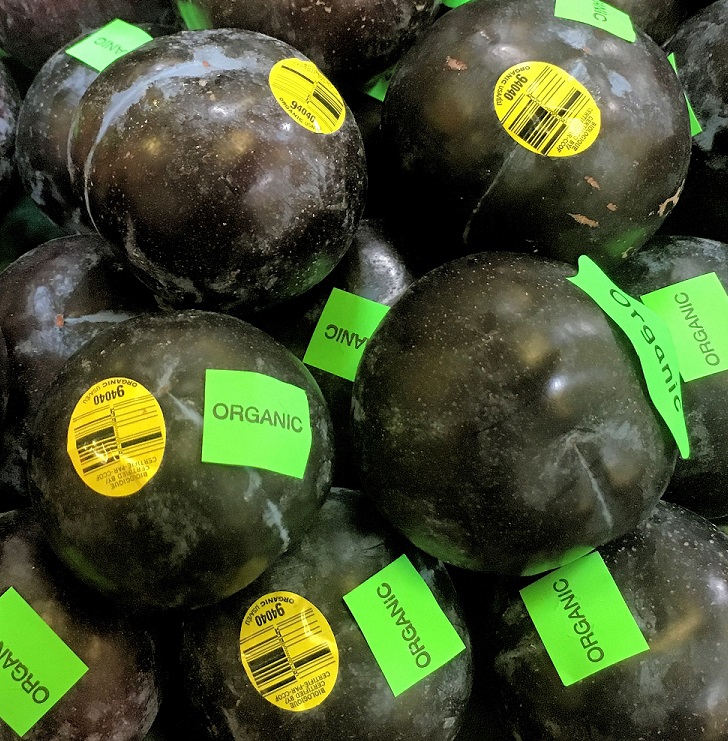 Most supermarket retailers are far ahead of the few that are lagging. There are many attractive and aggressive organic sections in the produce departments today and all are doing quite well. The product is fully identified, and the sections share both bulk and packaged choices for consumers.

So, if a greater part of the supermarket companies has their organic agenda working in place, why are there some still trying to figure it out?

If you are out in the stores, you will see a variation of organic produce sections. Some are large and full of varieties while a certain percentage stock only a small number of items. If that group converted to a full program, just imagine how much more in overall organic sales would be contributed.

Those who have a far-reaching vision of this category and get it right will be in the game. Only the smartest players will capture more share of the competitive market and build their customer count.

It has been reported that this fall’s total U.S. apple crop will fall below 245 million carton equivalents of fresh and processed apples, with the state of Washington expected to mirror that reduction though the official Washington estimate has not yet been released. But fresh organic apple production has been on the increase for the past several years and a quick survey indicates that will again be true.

Patrick Ahern is director of procurement/pricing and administration at Baldor Specialty Foods, a wholesale distributor with headquarters in New York City. Servicing the Northeast and Mid-Atlantic regions, Baldor delivers about 320 skids of organic produce a week. Patrick joined OPN to talk about his background in produce, Baldor’s launch of a new residential delivery service in the wake of COVID-19, and more.

What a Year It’s Been, So Far….will be a provocative and engaging virtual conversation about sales of organic fresh produce, how the COVID-19 pandemic has altered consumer buying habits, and the future of retail grocery as part of the exclusive OPN event on Wednesday, August 19th at 10 AM PDT.

4. The Nation’s Oldest Organic Produce Distributor is Weathering the Pandemic