Rick Christianson is the produce buyer for Co-op Partners Warehouse, a certified-organic wholesale food distributor based in St. Paul, Minnesota. Established in 1999, Co-op Partners currently services about 400 customers across the Midwest and sells roughly $25 million of organic produce per year. Rick joined OPN to talk about his background in produce, his commitment to the organic ethos, Co-op Partners’ unique cross-docking service for local farms, and more.

How did you get started in the produce industry?

In the late ‘70s, I was working in produce at a retail co-op in the Twin Cities. Several people from a number of area co-ops, including myself, joined together as a kind of impromptu wholesale buying club that morphed into an underground produce company. We didn’t have any capital; we didn’t even have a cooler or any warehouse space—we just borrowed the warehouse floor from another business after they closed at night. That worker-owned company, Roots and Fruits Cooperative Produce, grew into a significant business over the years and eventually was bought by Albert’s in 2005. 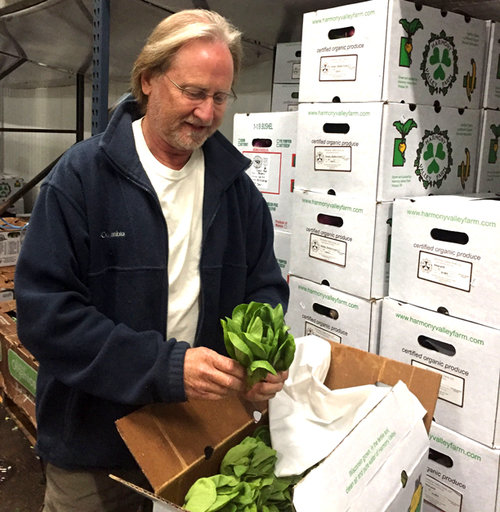 What led you to Co-op Partners Warehouse?

I worked at Roots and Fruits for 21 years. Toward the end, I was dissatisfied with the way things were going, and I knew that Edward Brown, the produce manager at the time for the Wedge Co-op in Minneapolis, was dabbling in the wholesale end of the world.

So we started this very small warehouse, and Wedge footed the bill. Edward hired me and Patricia Good (who is still here) at about the same time. Patricia was formerly with Veritable Vegetable in San Francisco, so she moved to Minneapolis, and a few other people came on, and we became Co-op Partners Warehouse. We’re now owned by a co-op umbrella organization called Twin Cities Co-op Partners, which has about 23,000 members. 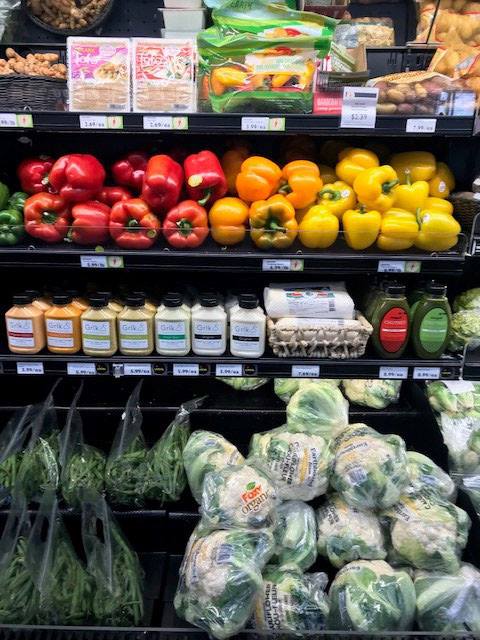 We firmly believe that organic is superior to conventional in terms of an agricultural system. It’s far better for the environment, for the soil, for the consumer, and truthfully, I offer no apologies whatsoever for steering away from conventional agriculture.

How important are your relationships with the farms that you source from?

They’re absolutely vital. We are fully cognizant of the fact that we don’t create anything. The farms are the artists in this game, and our job is to sell their paintings. They’re our partners, and we do what we can to make sure that they’re treated fairly and that they get all the help they need to do what they do.

"We firmly believe that organic is superior to conventional in terms of an agricultural system. It’s far better for the environment, for the soil, for the consumer, and truthfully, I offer no apologies whatsoever for steering away from conventional agriculture." -Rick Christianson

How often do you get to visit your growers’ farms?

Not nearly enough. In the summertime, it’s hard for me to get away, partially because when the local season is on, it seems like I’m working with twice as many farmers for less product being sold, so I’m extremely busy. I do try and visit some of them in the wintertime when we’re planning for the next season. 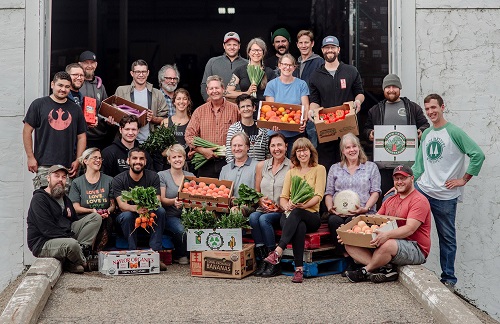 Do you buy directly from all your growers?

We buy from most farms directly, but we respect agreements that they may have with marketing agents or other wholesalers. I work with a brokerage, Kunkel Co, that handles much of our trucking out of state. They have been working with us for decades, making pickups on the orders I have. In many ways, we are a bit of a pest to work with because we are constantly sending them for one or two pallets way out in the boonies when most transportation agents would probably rather be loading half loads at the big sheds. But that’s the way it is—that’s our game.

"The farms are the artists in this game, and our job is to sell their paintings. They’re our partners, and we do what we can to make sure that they’re treated fairly and that they get all the help they need to do what they do." -Rick Christianson

How often do you buy from other wholesale distributors?

I occasionally work with Organically Grown Company, Veritable Vegetable, Earl’s, Heath & Lejeune, and Charlie’s. Sometimes they’ll have product from a farm that I don’t have a relationship with, and I’m fine working through them instead of trying to go around them. We are not an importer, so I buy a fair amount of imported product though wholesale importers we trust. A good example of this is ginger, which I source primarily through Heath & Lejeune.

We have 400 customers, which include 60 retail co-ops and a few other retail independents. While less than 20 percent of our customers are retailers, more than 80 percent of our sales are into retail. 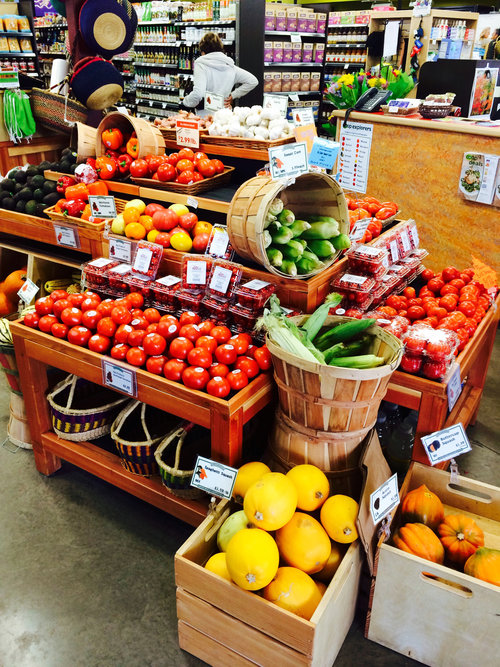 Tell us about the cross-docking service you offer to local farms.

Many years ago, we realized that a number of farms had direct relationships with stores. In wholesale, the traditional method of dealing with this is to cringe. But we decided to take a different approach, which was basically to encourage the farms to sell around us directly to the stores. We still do (and always will) buy and resell from farms, but we also know that for a farm’s economic viability, selling direct to stores is helpful because they can get a bigger return.

So basically, what we do is handle the farms’ product for them. They maintain a direct relationship with the customer, get the product to us, and we deliver it to the customer the next time we’re going to that location for a nominal handling fee.

We have about 50 farms that are participating in the program. The average number of cross-dock transactions is almost 2,000 a month—that’s a lot of product that we’re moving for farms! At Co-op Partners, we want to contribute to the organic and regional food community in the strongest way possible, and what we’re doing with this program is really creating an alternative food distribution system that is working, thriving, and growing. 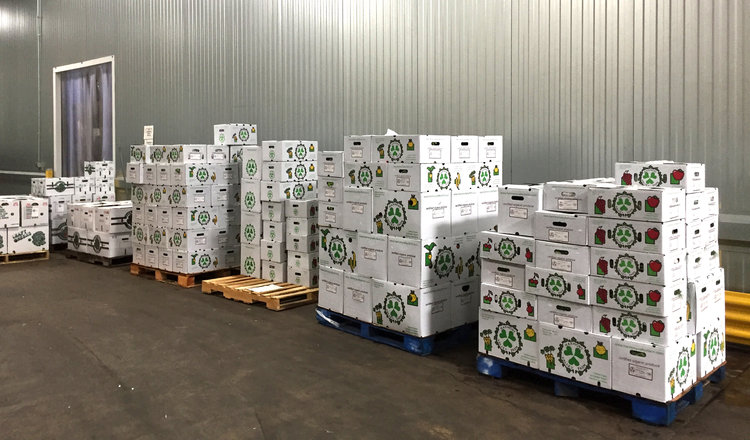 As someone who has been in the organic movement for a long time, do you have any thoughts on its current state?

I’m greatly heartened by the increase in organic demand overall, and it’s wonderful that there’s more organic acreage out there. But I’d like to see the mainstream players learn a little bit more from the organic movement as they participate in the organic trade. There’s so much more to organic than it just being a moneymaking niche!

What’s your favorite part about your job?

Working at Co-op Partners is (overall) a wonderful experience. We have an incredible number of talented, good-spirited people here. The work we do is often difficult, but we try to have a good time doing it. It really is special to be working daily with dedicated people in a business with such a strong commitment to a worthwhile mission.

In the big picture, I really enjoy working with farmers and marketers who are in it for the right reason—who truly believe in what organic stands for. It has been an honor to have worked so long with so many wonderful people whose hearts are in the right place and who work so hard to provide the best food possible using the best means possible.

Fox Packaging has lent five decades of expertise to the fresh produce industry through dynamic partnership and innovative packaging designs. Operations have expanded with the addition of supporting state-of-the art equipment for competitive lead times and fleets for direct distribution. Fox Packaging even joined the Sustainable Packaging Coalition (SPC) to showcase the How2Reycle iconography on its packaging.

Lakeside Organic Gardens' organic Brussels sprout summer program is thriving, during what is usually the most challenging time of year for the crop's production. The Lakeside team attributes this to friendly coastal conditions and the planting on insectary plants.

TerraFresh Organics – A Fresh Label with a Familiar Mission

Greg Holzman and Steve Akagaki have reunited to create TerraFresh Organics, an organic fruit company focused on supplying organic citrus, mangoes, stone fruit, grapes to North America. Their 30-year experience has solidified their place in the category, created industry partnerships, and increased opportunities, even during the COVID-19 pandemic.

TerraFresh Organics – A Fresh Label with a Familiar Mission