How long have you been working at the Sacramento Co-op?

I just recently celebrated my 14th year. I spent about 10 of those years as an assistant manager working under a woman named Kerri Williams who was there for a long time and who helped to develop the produce department and transition it to 100-percent organic. She has moved on to work at Veritable Vegetable now. I took over from her about three years ago.

What are the Sacramento Co-op’s sourcing standards for its organic produce?

Other than buying only certified organic produce, our top standard is that we’re really looking for the highest quality. And that doesn’t just mean one thing. If we’re getting Washington Honeycrisp apples from Earl’s Organic Produce, we’re looking for something with really high color and really, really great flavor. So that’s what we mean by high quality when we’re sourcing something like an apple that’s coming from far away.

But high quality when we’re sourcing from a local vendor can mean something different. We might be willing to take something that isn’t uniformly sized and the best color if it’s an heirloom variety that’s only grown by a couple farms, and we have a cult-following for it. So the definition of high quality depends on what it is we’re getting and who we’re getting it from. 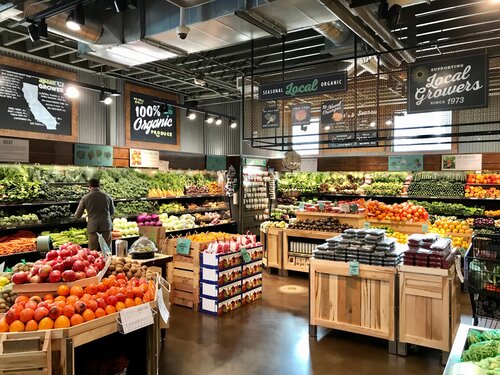 How many farms does the Sacramento Co-op source from directly?

In general, we try to have as robust of a local program as possible, so over the year, we work with around 50 local farms that deliver direct to us. In the wintertime, we may only be getting maybe 15 percent of our produce direct from local farms, but in the summertime in the peak season, we’re sourcing anywhere from 40-50 percent.

Do you do production planning with any of the farms that you source from?

Yes. We have a team of buyers, our management team, that talks directly to farms, and we’ll sit down usually once a year with a farm and go over the good and the bad from the previous year and look forward to the next season. We’ll try to give them suggestions of things that we don’t see other farms offering so that they can differentiate themselves. 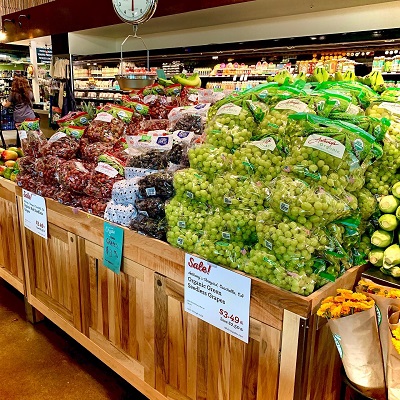 What wholesalers/distributors do you work with?

We do most of our sourcing with Veritable Vegetable and Earl’s Organic Produce. And we also buy some produce from NorCal Produce (which is now owned by UNFI).

Have you noticed any trends in organic produce sales over the last year or several years—any favorite customer items or pricing trends?

It does seem that as something becomes more and more popular, the price tends to come down. So, for example, brussels sprouts are not a novelty vegetable item anymore. They’re really a year-round staple in our department. We get really high-quality brussels sprouts right now from Covilli, a fair-trade farm in Mexico—and they’re really affordable. So as something goes from unique to trendy to just a staple, you see the price move down a bit and become something that everyone can access. We’re now selling 1,500 pounds of brussels sprouts a week from our store—it’s pretty crazy!

Recently, we’ve also noticed a huge trend toward convenience and value-added packaging for some produce items. We bag up brussels sprouts and green beans, and we’ve seen that that’s the way people want to buy them. However, that is divergent to another trend we’re seeing, which is customers really pushing us to reduce as much plastic as possible. So while we’re seeing the demand for packaged produce for some items, we’re seeing a demand for reduced plastic for others. 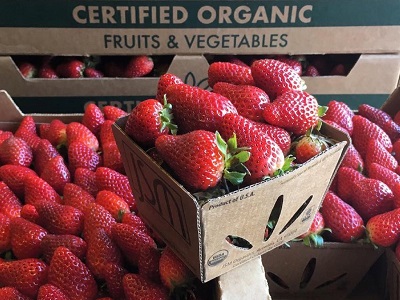 Do you sell any products in the ReadyCycle packaging?

Yes! Our direct strawberry grower that we partner with—Javier Zamora from JSM Organics in the Watsonville area—was one of the pilot growers that Sambrailo developed the ReadyCycle with, so we were right at the beginning of that. We were definitely excited for it but also a little unsure about how customers were going to react because they’re used to buying strawberries in a plastic clamshell. It started a little slow, but we’ve had a huge response, and now we have customers who are asking for only the ReadyCycle package.

How has the COVID-19 situation been affecting the Sacramento Co-op, particularly its produce department?

In March and April, we instituted a lot of changes to our business to make it a safer place to shop and a safer workplace for employees. The shopping experience is drastically different than what it was before. We’re used to being a really bustling store with a super-crowded parking lot and crowded eating areas (the deli makes up about 15 percent of our total store sales), and now we’re limiting customers to 50 in the store at a time.

Customer count is down from about 26,000 transactions a week to 14,000. However, our basket size in produce has more than doubled. So we’re seeing fewer customers in the store, but they’re buying significantly more. The trend we’ve seen in produce is a lot of staple buying— onions, potatoes, celery, carrots, broccoli, cauliflower—and a decline in demand for specialty products like Bloomfield spinach, wild-foraged mushrooms, and fiddlehead ferns. 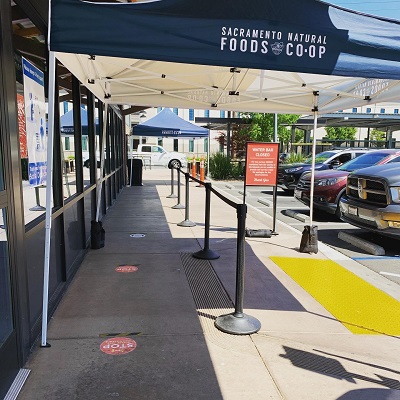 A lot of co-ops and independent retailers have been under financial pressure in recent years. How has the Sacramento Co-op been faring?

There’s a trend nationwide of consolidation in natural foods, and co-ops are definitely seeing year-over-year declining sales—and we’re not immune to that. While we’ve seen a lot of growth over the years, we’re seeing it flatten out a little bit. But our produce department is an exception. We’ve seen about 6 percent sales growth year over year for the last few years, so people are picking the co-op for our organic produce.