COVID-19 Has Increased the Sudden Purchasing of Organic Produce

Water, air, shelter, and especially food is a necessity for human life. Without it, we cannot exist here on earth.

Whenever a disaster, storm, tornado, flood, war, terrorism and especially a disease strikes society, there is an immediate fear and an urgency to survive. The majority of that need to endure is to seek shelter and food. People have to eat.

Currently, we are in a state of survival as families hunker down at home to escape the hidden danger of the coronavirus. Perhaps that is why we are seeing the surging influx of consumers in our supermarkets. The demand for food and essential items is a major part of that surviving measure.

The produce department plays a vital role when it comes to needing food. Many of the key necessity items are being wiped out. Potatoes are one of the major items being sought after along with onions. Shoppers are buying them as fast as workers can display them. 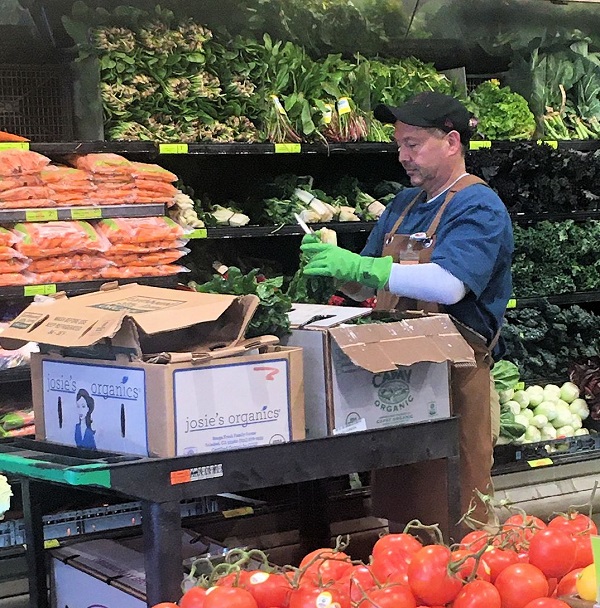 The one thing I noticed in my scouting of the store activity is that all types of shoppers are buying up the organic produce items. This includes those customers that had never purchased organics prior to the current food panic.

As I toured the store floor and observed customer's carts, I saw more organic items in them. The organic sections have been shopped down leaving a number of empty spaces. It is apparent that more than just the organic shopper is buying from the section.

There is a huge surge in the demand for organic produce at this time. So the questions are - will the supply of organic produce items diminish? Will organic sources become scarce? I asked an industry associate about it. 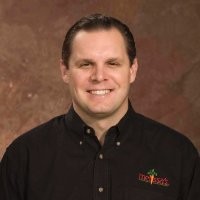 Robert Schueller, director of public relations at Melissa's Produce in Los Angeles, CA told me, "We are living in unprecedented times. Our focus at Melissa's Produce is to restock the store shelves and keep them full with items. We are seeing that long shelf life produce is more heavily in demand at this time such as potatoes, apples, and root items like carrots in particular. We are not running out of organic produce as we have a huge line of 350 certified items here at Melissa's. But the demand seems to have increased over the past few weeks. Increases are steady across the board of produce items in general."

With people told to stay in their homes because of COVID-19, they will have more time to eat. No other food is healthier to eat than fresh produce whether it be conventional or organic. Fresh produce boosts the immune system and is a good thing with the virus threat at a time like this.

There are numerous statements and letters sent out by companies assuring the public that they are doing everything necessary to keep their operations clean and sanitized. Some are also asserting that the supply of fresh produce is still being made available. 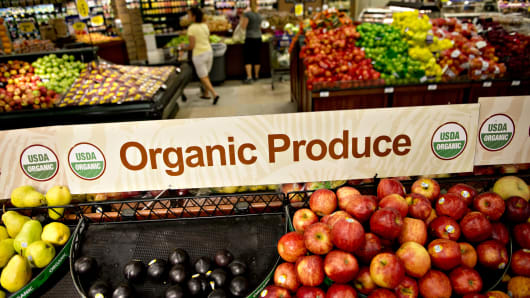 The supermarket industry is responding well to inventory challenges

When asked about their organic produce supply, several produce managers informed me they were still getting the items they ordered. They added that most of the product was flying off the displays and if a conventional item ran out, some of the non-organic customers chose to pick it up in the organic section.

Since restaurants, schools, and businesses that serve food have been closed, they won't be ordering any product from foodservice suppliers. So the organic produce normally drawn from the fresh produce supply by that trade will be made available for supermarkets. This should fill any gaps in the flow of organic produce for the department displays.

The retail supermarket industry is doing a tremendous job with the inventory challenges to keep produce departments well stocked with organic produce.

Ron Pelger is the owner of RonProCon, a produce industry advisory firm. He can be contacted by e-mail at ronprocon@gmail.com.

The California organic citrus season is in full swing with plenty of promotional opportunities for the next couple of months. Organic oranges, lemons, grapefruit and specialty citrus varieties are all in good supplies with reasonable f.o.b. prices, often lower than usual.

Regenerative agriculture has gained a lot of attention since Robert Rodale coined the phrase fifty years ago. Many organizations use the word “regenerative” today, but the Rodale Institute and the Regenerative Organic Alliance (ROA) are creating a certification with USDA organic certification as its base.

4. The Effects of COVID-19 Will Ripple through Food Systems

COVID-19 Has Increased the Sudden Purchasing of Organic Produce