KSS Sales, a Kennett Square, PA, purveyor and exclusive distributor of mushrooms from its four affiliate mushroom companies, sells parallel lines of conventional and organic exotic mushrooms. Beginning in the 1970s with conventional white mushrooms and expanding into conventional exotic mushrooms – first shiitakes and later oyster and maitake mushrooms – in the early 1990s, the company recognized an opportunity several years ago to provide a similar mix in organic varieties.

“Distributors who use to take 95 percent agaricus (white button, brown button, and portabella) mushrooms and 5 percent exotics are slowly shifting that split,” says Lou Caputo, Jr., fresh mushrooms sales director. “Today, some distributors are at a 50/50 split of agaricus and exotics in both conventional and organics, which 15 years ago was unheard of in the industry.” 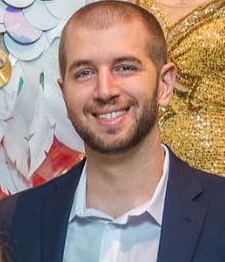 KSS Sales sells primarily to foodservice distributors in major cities, such as Sysco and US Foods, who sell to restaurants and small retailers. It also sells to private label companies who repackage and brand its mushrooms for retail sales. Caputo estimates that its customer base is about 75 percent foodservice and 25 percent grocery retail.

Trends in organic sales resemble those of conventional varieties but on a smaller scale. Caputo said, “Initially, organic shiitakes were the only organic exotics selling, and currently they lead total sales for organic mushrooms. Organic oyster mushrooms are catching on but have not yet reached a substantial volume. We expect other lesser known exotics that currently are a small percentage of organic sales, like maitake/hen-of-the-woods and royal trumpet, to follow the shiitake and oyster trends.” 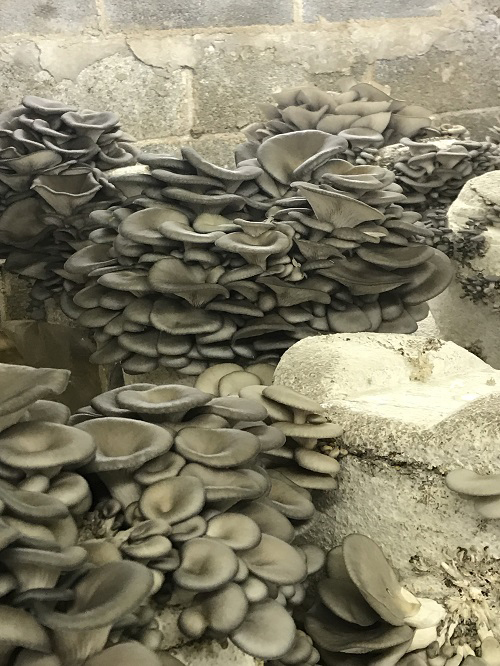 KSS Sales sells both both organic and conventional mushroom varieties

Caputo notes that as exotic mushrooms gain popularity overall, so do their organic counterparts. Both conventional and organic exotics demonstrate slow, steady growth.

The organic grow methods employed by KSS Sales mimic those of conventional mushrooms but without chemical controls. Yield impacts from disease and pests increase but the loss generally is offset by the higher prices commanded for organics compared to conventional. Another reason for higher pricing – taxes and certification fees for organic produce.

“The state collects fees for every pound of organics sold, so the higher price on organics is partly to help the farm compensate for lower yield but also in part because we get taxed more heavily for organics,” says Caputo.

Foodservice is the “tail that wags the dog,” according to Caputo, with high profile chefs and restaurants introducing lesser known and organic varieties, followed by high end grocery chains such as Whole Foods driving movement into those more exotic options. 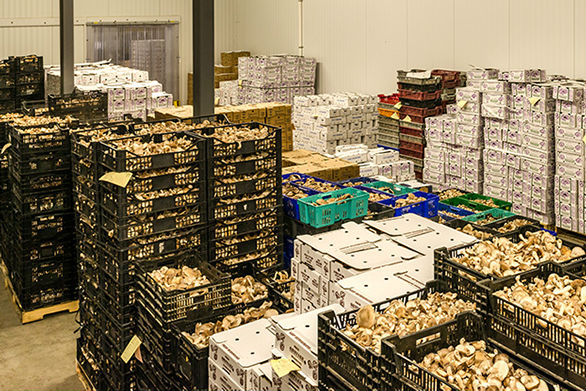 “Foodservice customers may order a few cases of organics for high-end restaurants and chefs, or as special orders for other customers. Overall, however, exotics and organic are not that big in foodservice compared to conventional mushrooms. It's the grocery stores that are looking to add the exotic and organic options, which may be driven by a few high end or high-profile restaurants and chefs introducing consumers to fewer familiar varieties,” he said.

Prices fluctuate in organic exotics. “Organic pricing resembles the Wild Wild West right now,” said Caputo. “The price premium compared to conventional usually ranges from 25 percent to 33 percent, but we often price organic exotics at whatever price gets the deal done. Sometimes we price match organics and conventional, particularly if pricing for conventional items is slightly inflated.” He adds that the foodservice industry puts pressure on pricing for both conventional and organic items. 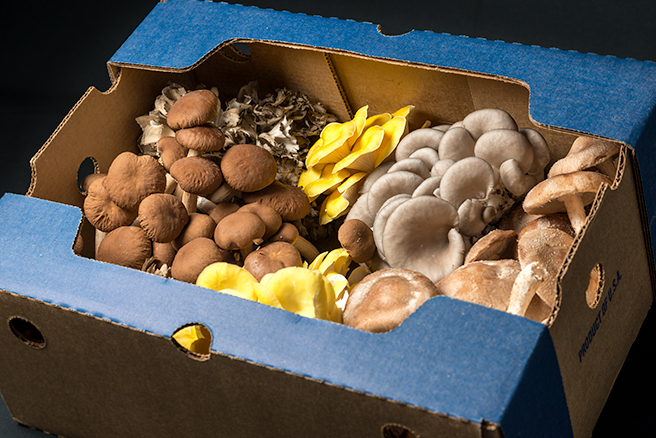 “We are optimistic on the future of mushrooms and organics. The country is becoming more and more health conscious, and that is a good thing for mushrooms. The younger generations in particular are looking for super foods and healthy options, with strong goals to eat healthy, eat vegan, and eat organic. Mushrooms check off all those boxes,” he said.

Nick Wigle of Super Bee Rescue and Removal is not your average beekeeper. While he does tend beehives, offer pollination services, and harvest honey, his primary gig is the removal and re-homing of feral bee colonies.

Seedwiz is an Israeli-based company that formed due to a profound need for transparent and comparable information on seed varieties and their producers.