Sarah Deaton, Zespri’s shopper marketing manager for North America, said the Zespri branded fruit from New Zealand will be in the marketplace until early December.  Total volume of the SunGold variety is expected to be up about one-third this year.  Deaton said organic volume is not expected to have that big of an increase but there will be more organic fruit than last year and there is expected to be steady supplies of organic kiwifruit throughout the season. 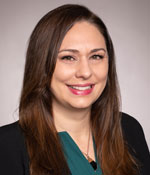 New Zealand’s organic SunGold growers have been extremely pleased with production results as organic production per acre has been very close in volume to conventional production.  She said that volume is expected to increase in the coming years as more SunGold organic acreage matures.

Zespri International is the marketing arm for New Zealand kiwifruit growers, as well as for other kiwifruit growers across the world who have acquired licenses to grow the SunGold variety.  Deaton said Zespri is continuing to expand its grower base in an effort to create a year-round supply of SunGold as well as Zespri Green Kiwifruit and Zespri Organic Kiwifruit.  Currently, the organization has growers in more than a handful of countries including Italy, Greece, France, Korea and Japan. 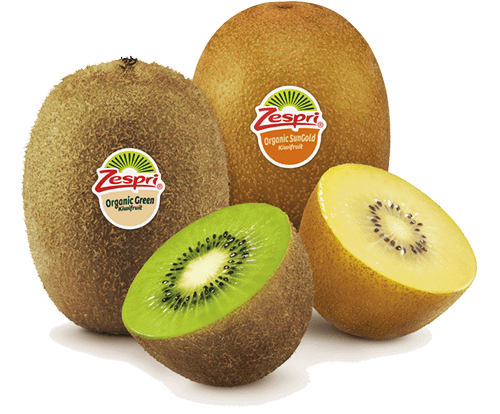 With a steady stream of shipments over the next six months, the Zespri representatives have been putting together programs for retailers.  The firm is offering promotional support for all of its SKUs via a national advertising and marketing campaign.  The promotion is utilizing print advertising in many different publications, as well as digital advertising on Hulu and a robust social media campaign through all the popular internet sites.  The tag line for the promotion is “Let Your Taste Wander.”

The national promotional will run through October. The SunGold kiwifruit has a different flavor profile than the traditional green kiwifruit.  Deaton called it a cross between a mango and a strawberry. 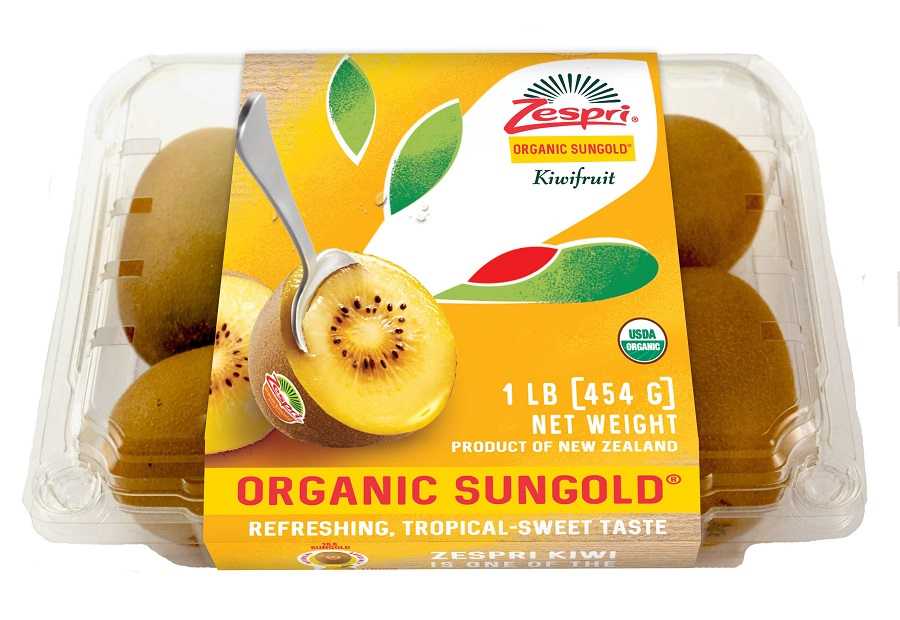 The marketing efforts also include point of sale material, including organic specific P-O-S.  All kiwifruit is typically an impulse buy so Deaton recommends creating of eye-popping displays to increased sales.  She noted that sales of gold kiwifruit do not cannibalize the sales of green kiwifruit so the best bet is to build a display with both “Organic Green” and “Organic SunGold”. 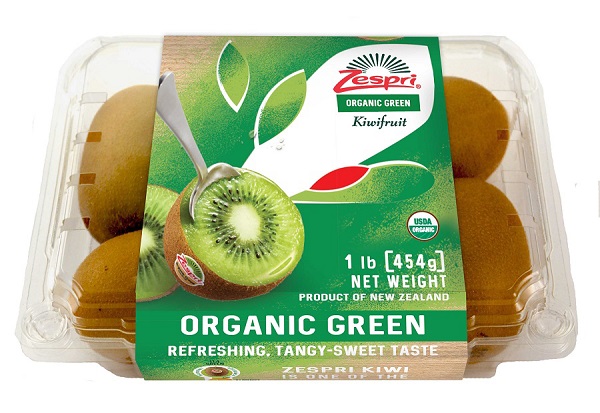 Zespri has also introduced new packaging graphics that is being used for both its organic and conventional packs.  The packaging been designed to catch the attention of the consumer offering better brand visibility and more clearly calling out the advantages of the SunGold variety, including its nutritional profile.  The organic packs are clearly marked in bold letters.