Organics is Not a Fad Says Retiring Schroeder

After more than 50 years as a produce retailer, Roger Schroeder is retiring after a distinguished career.  His retirement become official on January 12, 2018 after extensive stints with three Southern California chains: The Vons Companies, Hughes Family Markets and finally with Stater Bros. Markets.

In a wide ranging interview on his career, Schroeder touched on a variety of subjects, including the growth of organic fruit and vegetables.   “It’s not a fad,” Schroeder said.  “It’s a trend. Organics are here to stay and will continue to grow.” 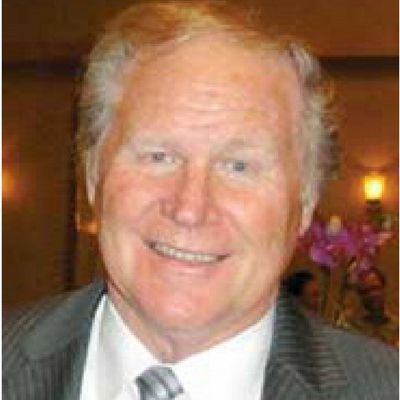 The long time industry leader added that the biggest impediment to continue growth of organic fresh produce at this point comes from the supply side, which is having trouble keeping up with demand.

Schroeder, who has been at the forefront of many industry efforts and trends – including the 5 A Day promotional campaign--- admits that he was not an early adopter of the organic produce movement.  More than a decade ago, he admits watching his competitors and gauging their success.  While specialty retailers such as Whole Foods and Sprouts embraced the concept and did very well, he didn’t note that same success by conventional retailers.

“Quite frankly,” Schroeder said, “we saw Vons get into it and they struggled while organics were only accounting for a very small part of their business.”

But over the years, Schroeder has changed his tune as the organic produce sector has grown to be more mainstream.  About five years ago, Stater Bros. Markets did begin focus on organic fruits and vegetables.  “We decided we did need to get serious about it and sales have grown,” he said.

Today, as he gets ready for retirement, Schroeder puts organics in the same boat as other ideas that are and will continue to alter the retail landscape.  He said as the millennials and the generations following move into the marketplace, their needs have to be met.  That includes more organic items, a robust on-line presence by every retailer, and a changing product mix that relies less on center store products and more on the fresh departments.

In Their Words: Greg Milstead

OPN recently caught up with Greg Milstead, Director of Sales-Southwest Region at AGCO, a global leader in the design, manufacture and distribution of agricultural solutions to make farms more productive and more profitable.

Great growing conditions in all regions has led to a good supply of most row crops as the vegetable harvest transitioned from Coastal California to the desert regions this year.  While many conventional crops are in an oversupply situation and falling f.o.b. prices, shippers report that on the organic front most vegetables had enough supplies to meet demand with steady pricing.

OPN and CCOF honor Vernon Peterson as Grower of the Year

This year, partners CCOF and Organic Produce Network (OPN) came together to honor CCOF Treasurer Vernon Peterson of Peterson Family Farm and Abundant Harvest Organics as Grower of the Year.

Organics is Not a Fad Says Retiring Schroeder

In Their Words: Greg Milstead

OPN and CCOF honor Vernon Peterson as Grower of the Year