How did you get started in the produce industry, and how did you end up at Earl’s?

In 1973, I was an apprentice in Santa Barbara for one year at a garden project that was run by a student of Alan Chadwick. It was basically training people in French Intensive biodynamic-type agriculture. Then in ’75, I moved up to the Sierra Foothills where I farmed for a community that I was living at for about 10 years. And then from 1986 to 1997, I worked at Star Route Farms in Bolinas, California. We grew mostly for restaurants in the Bay Area during the height of the California cuisine movement. And then in 1997, I joined Earl’s, where I’ve been for the last 23 years. Our company’s owner, Earl Herrick, was involved very, very early on in the organic movement, and he never wavered from that commitment. Our mission statement has always been about promoting organic agriculture and a sustainable food system.

What are Earl’s sourcing standards for organic produce?

Everybody that we source from has to have a food safety system, so it starts with that—and that everybody’s certified organic, obviously. The next most important thing for us is quality. We’re not price buyers; we’re quality buyers. In terms of your standards for international produce, do you prioritize fair trade?

Yes, absolutely! So one of the growers that we work with is Covilli. We actually have an exclusive on their label in Northern California. I’ve been working with them for 20 years, and their entire program out of Mexico is fair trade certified. And our banana and avocado programs with Equal Exchange are fair trade, too. So fair trade is a really, really big deal for us, and we promote it heavily.

Who are some of the other specific growers that you work with?

There’s a lot of them. If I were to choose some more to name, I would say Forbidden Fruit Orchards, a blueberry grower out of Santa Barbara that we’ve worked with for a really long time. Crespo is a mango grower that we have a very close relationship with. A couple of our local growers are Sun Valley, Tomatero, and Dwelley. We also use the big guys—Cal-Organic, Braga, and Lakeside. Homegrown’s a great grower. Organic Girl—that’s one of our programs too; we’re the largest distributor of those salad mixes in Northern California. 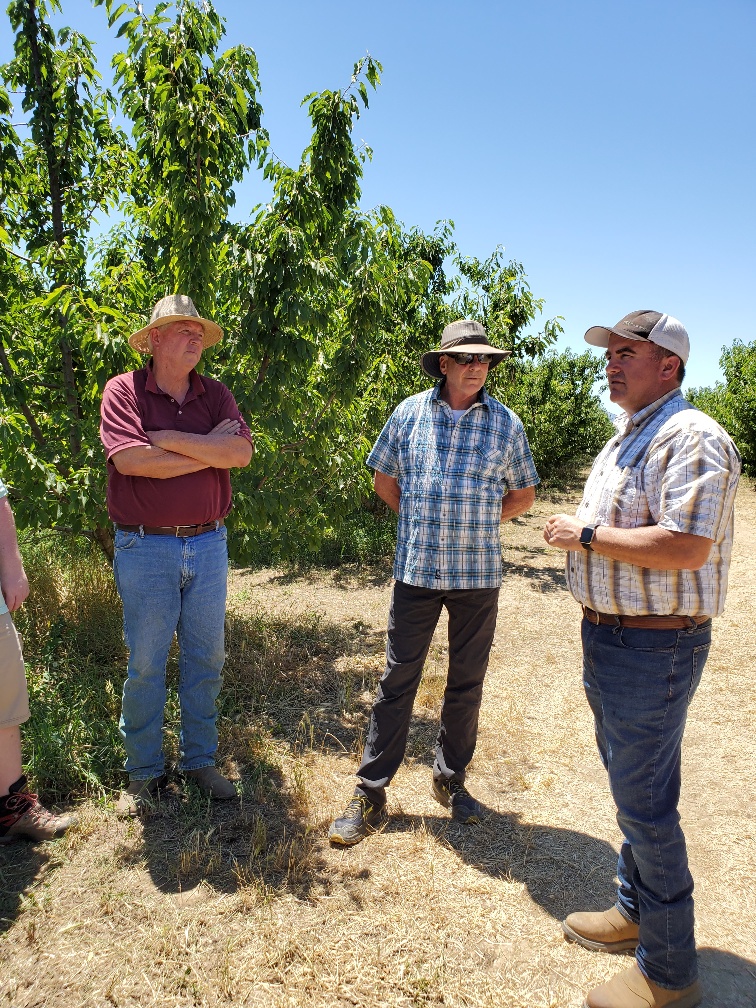 It’s the growers that are the rock stars. We move boxes around in trucks and deliver them. The growers are the integral piece that makes everything that we do possible, and we pride ourselves on the relationships we have with them, and the trust that they have in us, and the trust that we have in them.

What are some of the trends in organic produce sales that you’ve noticed over the years?

One trend has been that the availability of various crops has greatly expanded. Things that used to be seasonal like heirloom tomatoes and asparagus are now 12 months out of the year. There have also been a lot of purple vegetables on the market lately where there weren’t before—purple carrots, purple brussels sprouts, purple sweet baby broccoli.

There’s always the trend to follow the superfoods—whether it’s blueberries or whatever it might be. More recently (and this has been kind of destroyed by the coronavirus), there’s been a trend against plastic, with a lot of growers going to recyclable, non-plastic containers.

I could also talk about the increased sales of asparagus or the huge expansion of brussels sprouts, but really the megatrend is that more and more people want to eat organic food! Years ago, we dreamed of the day that larger retailers would have organic food, and now it’s rare to find a supermarket that does not have some type of an organic section. Organic agriculture is winning the battle—the growth has been absolutely huge! About 90 percent of our customer base are retailers, which includes a lot of delis and juice bars. We also do some home delivery companies and a little bit of foodservice and have a national asparagus program.

How do you differentiate yourself from your competitors?

Do you feel pressure at times to reduce prices in order to maintain a competitive edge?

I think that it’s not about price. It’s about serving the customer—not that price doesn’t matter, but pricing’s not first. Yes, it is capitalism, and yes, we are competing with each other, but I think ultimately it’s about service and quality. And we can fight it out there like the best of them, and sometimes you have to do that. But if you’re serving your customer, and you’re educating your customer, and you’re there for them, then price slips a little bit back in the scheme of things.

Any company that tries to sell organic produce just based on price, and not on quality and not on relationships with growers, I don’t think is going to be successful because we operate in a very educated marketplace—the demographics are a certain way and organics aren’t new. Our customer base is smart and educated about organics and food—they know what quality and value are.