Johnson grew up In Louisville, Kentucky, with his seminal moment coming as a teenager after reading works by local novelist Wendell Berry, an activist in many causes including sustainable agriculture.

Johnson went on to Northwestern University in Chicago, where he was an English major and a burgeoning devotee of the back to nature movement. He also met his future wife in college. After graduation, the two headed to Oregon, where she grew up. Soon Johnson got a job at a local natural foods market and became even more passionate about fresh produce. The next stop in his career was in Skagit County in Washington where he continued his produce industry education working for a producer.  Armed with more knowledge and the desire to both get back to Portland and be part of the organic produce movement, Johnson started Bridges Organic Produce in Oregon’s largest city.

“Bridges started as an organic grower’s agent and this is still the primary focus of what we do,” said Sydney Fairchild, who handles marketing and compliance for the company. “As a grower’s agent we work in collaboration with the farms to represent the entirety or a portion of their organic crops.”

With this arrangement, Bridges handles logistics, transportation, sales, and customer relations.  “Our team has extensive knowledge of the organic industry regarding everything from sales, crop planning, packing, compliance and much more,” Fairchild said.  “We use this depth of knowledge to help our grower partners find their optimal position in the organic marketplace.”

About 97 percent of the produce Bridges sells annually is certified organic and Founder/President Johnson said the category is continuing to gain converts.  “From a macro level, we see a steady shift to a more plant-based diet and fresh produce taking a larger share of the plate. This is partially due to health concerns and partially an attempt to reduce carbon footprint and eat lower on the food change,” he said. “Additionally, more awareness about animal welfare and the expense of meat and dairy will drive more purchases towards produce.” 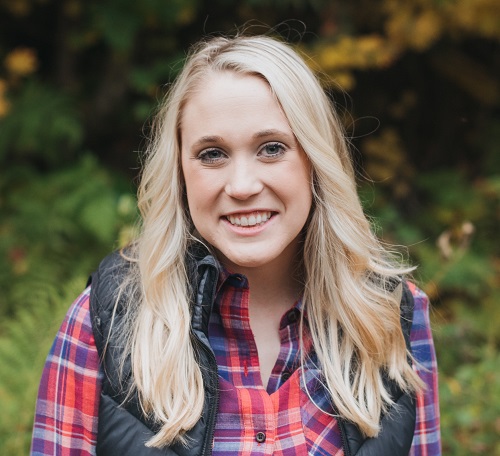 Johnson expects all these factors to drive a steady increase in fresh organic produce sales for years to come. Fairchild added that Bridges continues to offer additional support to its grower partners as organics continue to rise in popularity. “It is no longer a niche market as it was when Bridges Organic Produce was founded,” she said. “We have worked with many programs especially those in Mexico to support their continued growth including increasing acreage and product diversification.”

Fairchild added that the development of year-round programs has been increasingly important over the past few years. “Year-round programs streamline purchasing for our retail customers while providing new markets and consistency for our grower partners.” she said

Fresh produce in general, Fairchild said, will continue to see a rise in popularity and usage as it is on-trend in several respects. “We need to continue to move toward seeing produce as the center of the plate, not just a side dish. This is important as it reduces our environmental impact while also focusing on our health,” she said. “We are seeing this manifest in the continuously rising popularity of items like hard squash and zucchini. These commodities are being substituted for items such as pastas or meat as the main bulk of a meal.  Simple concepts like Meatless Monday help to take this idea more mainstream and show that focusing more on fruits and vegetables in your diet is obtainable.”

Johnson opined that the biggest challenge moving forward is the constant pressure to drive prices lower while at the same time farmers are struggling with continuing increases in their costs.

“Finding ways to be more efficient with labor is key. But also finding ways to continually add value so consumers feel they are getting their money's worth. Another huge issue is that climate change has compounded the risk for many growers,” he said. “Severity and frequency of storms, heat waves, frosts and droughts has made farming substantially riskier than it was a few decades ago. Finding ways to mitigate that risk and convincing a younger generation that farming is a viable profession is incredibly challenging going forward.”

Johnson admits that the production end of the organic produce industry has become “murkier” than before.  There was a day when the battle lines were defined: one side featured small organic farms while the other side was using DDT or other not-so-environmentally-friendly products in huge agricultural operations. But he said the lines have blurred.  “Ag, in general is better than it once was, and we now have ‘factory farms’ that are organic.”

While the purist vision is not as clear anymore, Johnson is excited about the growth in demand for organic produce that has created “lots of room for everyone.”

Despite a rocky start to the year, grape crop production is expecting a very good July. Weather variation is the main culprit for the longer and lighter season, but experts are forecasting a strong end to the season.

Jim Donald, Albertson’s Co-Chairman and one of most admired CEOs in the world, will  join retail industry veteran Kevin Coupe for a provocative and engaging virtual conversation about the role of organics, how the Covid pandemic is altering consumer buying habits, and the future of the food industry as part of an exclusive Organic Produce Summit event on Thursday, July 9.

1. Canadian Grocery Store Grows Its Own Organic Veggies on Rooftop

4. West Pak Avocado Touts the Avo-Effect of the Golden State of Avocados